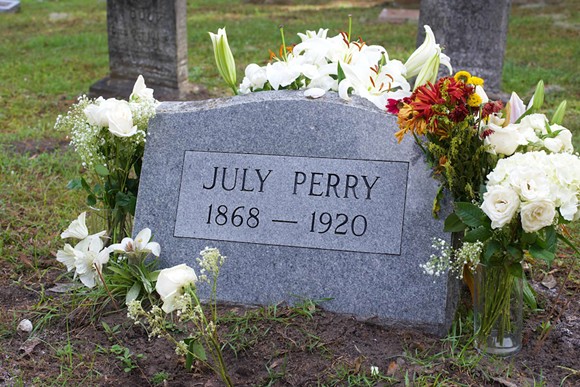 In the midst of a historic midterm election, Central Floridians left voting stickers on the grave of Julius "July" Perry, an African American man who was shot and lynched by a white mob in Orlando after encouraging Ocoee’s black residents to vote on Election Day in 1920.

Perry is buried in the old black section of Orlando's Greenwood Cemetery. Earlier in the week, local advocates with the Equal Justice Initiative organized a ceremony at the grave honoring the "memory and sacrifice" of Perry and left a roll of "I Voted" stickers, according to the Orlando Sentinel.

Others added their own stickers to the gravestone during Tuesday's midterm election.

Family trip today to honor Julius “July” Perry who was lynched by a mob on Election Day in 1920 here in Central Florida for trying to exercise his right to vote. He was thrown in an unmarked grave in the back of Greenwood Cemetery until his remains were recently discovered via ground penetrating radar. His remains were identifiable because his arm was ripped from his body that election night. In fact, his entire community was either murdered or fled for their lives. #SomeGaveAll. You have an hour left. #Vote #JulyPerry https://medium.com/florida-history/ocoee-on-fire-the-1920-election-day-massacre-38adbda9666e


Close to a century ago, Perry lived in Ocoee, where he was a prosperous farmer and contractor who was part of a thriving African American community. Before Election Day 1920, local Ku Klux Klan members threatened terror against black people who dared to vote.

On Election Day, poor white Democrats who resented the large number of Republican African-Americans voting tried to stop them at the polls. Mose Norman, a close friend of Perry's, was taking down the names of all the black people who had tried to vote when a shotgun was found in his car. Norman ran to Perry's home, but the white mob had been tipped off to his whereabouts. 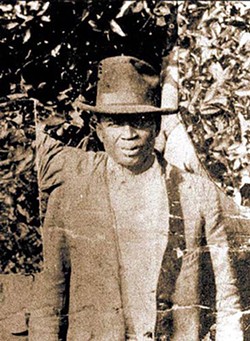 After Norman escaped, Perry and his family faced the mob alone in a shootout where two former soldiers were killed. Perry tried to escape into a cane patch, but he was found and taken to the Orlando jail. The mob burned Ocoee’s African American neighborhood to the ground and killed an unknown number of black people, though it's estimated anywhere from 50 to 60 people were killed and those who survived were driven out of town.

Perry was lynched as his family and community were broken apart, according to an account of the incident written by Zora Neale Hurston.

"It was after sun-up when the mob stormed the jail and dragged him out and tied him to the back of a car and killed him and left his body swinging to a telephone post beside the highway," she wrote. "That was the end of what happened in Ocoee on Election Day, 1920."

The Ocoee massacre has since been called "the single bloodiest day in modern American political history."