MX Taco opening this January in the Milk District

I know, I know you're thinking Chinga tu madre! Another taco joint???

Yes, but MX Taco — a fast-casual taqueria moving into the space recently vacated by Arepas & More at 207 N. Bumby Ave. — will be in the same vein as other high-street taquerias like Hunger Street Tacos and Black Rooster Taqueria.

That's not to say chef Ryan Manning is one to adulterate his tacos with po-mo elements and fusion-y ingredients. On the contrary.

He'll keep things relatively simple and it's the sort of approach that earned the current banquet chef of the Ritz-Carlton in Washington, D.C., an invite to stage a pop-up of MX Taco at the Mexican Embassy this past Cinco de Mayo.

"Mexican cuisine is so easily complicated," Manning says. "I want to serve
tacos that aren't; tacos that you'd find in various regions across Mexico;
tacos with just a few ingredients designed to extract the most flavor
possible." 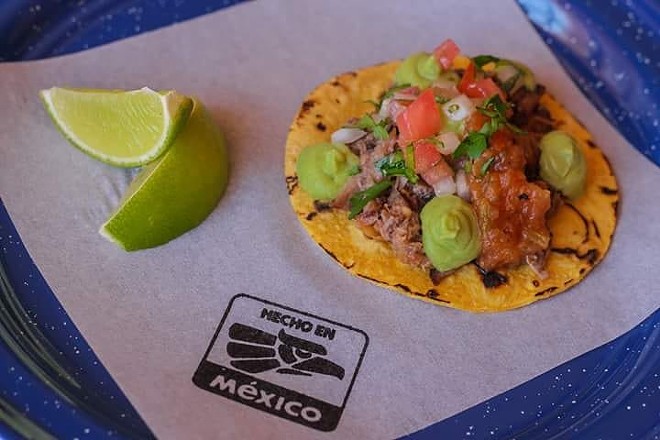 On Thursdays, Manning will offer pozole (the hominy soup with tomato pork broth traditionally served on Thursdays in Mexico) and tacos al pastor from the trompo on Saturdays. (See below for the full menu)

Having worked as chef de cuisine at the Ritz-Carlton in Cancun prior to his stint in D.C., Manning says he's eaten his fair share of tacos all over Mexico. Now his goal is to share those experiences and all that he's learned with Orlando's taco-crazed public. Everything from "tacos with sikil pak — a pumpkin seed-roasted tomato & onion pesto sauce I learned to make while in a small village outside of Valladolid, Yucatán — to the guajillo hot sauce a good friend taught me from her town of Tlaquepaque, Jalisco." 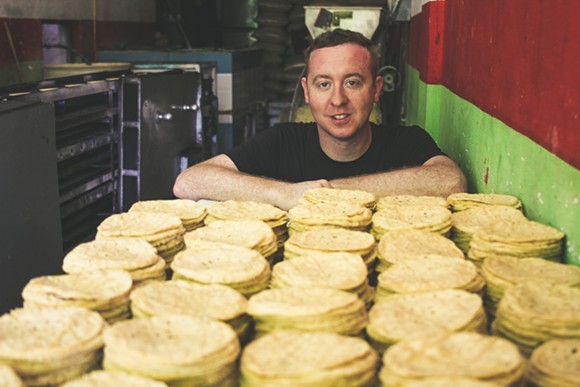 Manning will source his corn tortillas from a stateside tortilleria that brings their corn in from Mexico. It's taken him months, weaving through a web of small Mexican-owned businesses with proprietors who only speak Spanish, to get into their network so, no surprise, he'd rather not reveal the name of the tortilleria.

"Making corn tortillas myself doesn't really make sense," he says, "and, besides, I can't really make a tortilla like the pros. When I was living and working in Mexico, I realized the best taco places brought in their tortillas from a tortilleria, and the place I'm sourcing from has a $100,000 machine that gives a great char and flavor."

Manning, who served as sous chef when Highball & Harvest opened in 2014, will offer three housemade sauces at MX — mild guajillo, a chile de árbol and a spicy habanero.

Look for MX Taco to open after the first of the year.