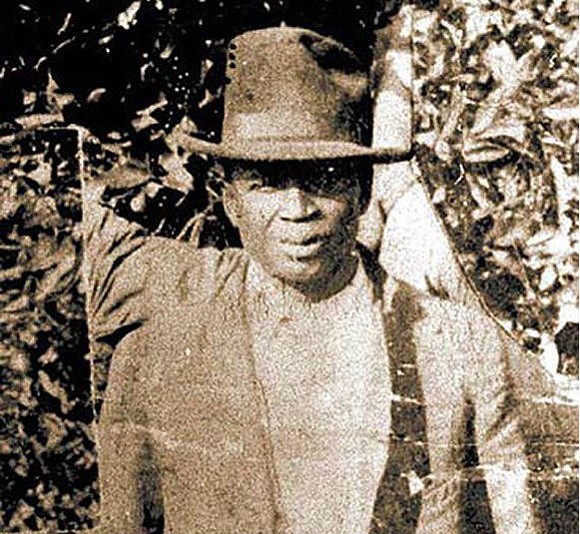 Close to a century after it happened, the City of Ocoee will issue a proclamation Tuesday night acknowledging the 1920 Election Day massacre.

The proclamation recognizes Julius "July" Perry, a prosperous African American farmer who was shot and lynched by a white mob in Orlando after encouraging Ocoee’s black residents to vote.

"Let it be known that Ocoee shall no longer be the sundown city but the sunrise city, with the bright light of harmony, justice, and prosperity shining upon all our citizens," the proclamation reads. "Sundown towns" are communities where African Americans were advised to be outside city limits before dark under threat of violence.

Before Election Day 1920, local Ku Klux Klan members threatened violence against African Americans who tried to vote. On Nov. 2, white residents who resented the large number of African Americans voting tried to stop them at the polls. Mose Norman, a close friend of Perry's, was taking down the names of all the black people who had tried to vote when a shotgun was found in his car. Norman ran to Perry's home, but the white mob had been tipped off to his whereabouts.


After Norman escaped, Perry and his family faced the mob alone in a shootout in which two former soldiers were killed. Perry tried to escape into a cane patch, but he was found and taken to the Orlando jail. The mob burned Ocoee’s African American neighborhood to the ground, killed an unknown number of black people and drove out those who survived.

After sun-up on Nov. 3, Perry was lynched on a telephone post in Orlando as his family and community were broken apart.

The massacre will be acknowledged at the Ocoee City Commission meeting on Nov. 20, which starts at 6:15 p.m. The proclamation reads:


"WHEREAS, the City of Ocoee is dedicated to cultural diversity and the ability for all citizens to
exercise their right to vote; and

WHEREAS, the historical record clearly shows that African-American residents of West Orange County in and around what later became the City of Ocoee were grievously denied their civil rights, their properties, and their very lives in a series of unlawful acts perpetrated by a white mob and governmental officials on November 2, 1920, and the following weeks simply because they tried to vote, as any eligible citizen should be able to do, including such prominent local leaders as Moses Norman and Julius Perry; and

WHEREAS, the historical record also reveals that no African-American persons resided in the City of Ocoee for the following 60 years, leading to the area being referred to as
a 'sundown city'; and

WHEREAS, the City of Ocoee seeks to express its regret and horror at the events of November 1920 while recognizing the more recent efforts of local leaders and citizens of all cultures to create a diverse community open to all residents and
visitors; and

WHEREAS, the City opposes all efforts to divide its citizens on the basis of color, creed, religion, national origin, cultural or political beliefs; and

WHEREAS, the City believes that remembering and honoring those individuals who were killed, injured, driven from their homes, and had their property taken from them is a core requirement for ensuring that such acts do not occur again; and

WHEREAS, the City's Human Relations Diversity Board has developed language for an historic marker describing the events of November 1920 and the City's efforts to change the community culture that allowed and encouraged those atrocities; and

WHEREAS, the City Commission of the City of Ocoee has the desire and authority to erect such a marker in a public place so that all visitors may recall and consider the events of November 1920 and jointly vow to never allow such a cultural divide to exist in the community.

NOW, THEREFORE, BE IT RESOLVED BY THE CITY COMMISSION OF THE CITY OF OCOEE, that the City shall erect a suitable historical marker in a public space that will describe the tragic events of November 1920; that November 2nd shall be declared a day of remembrance for those residents of Ocoee and West Orange County who lost their lives and property through an act of domestic terror; and that any future public cultural event held by the City during the first week of November shall acknowledge the terrible events of November 1920 that sought to disenfranchise a group of citizens and shall emphasize the community's need for cultural diversity. Let it be known that Ocoee shall no longer be the sundown city but the sunrise city, with the bright light of harmony, justice, and prosperity shining upon all our citizens."

The city also plans to have a ceremony on Nov. 1, 2020, for a statue that will be dedicated in honor of those killed in the massacre.

Earlier in November, local advocates with the Equal Justice Initiative organized a ceremony at Perry's grave at Greenwood Cemetery honoring his sacrifice and collecting soil. The soil was taken by Orlando Mayor Buddy Dyer to Alabama for display in a glass jar with other soil collected in honor of lynching victims.

In 1920, July Perry was killed along with 31 other African Americans after trying to vote in Ocoee. This week I delivered soil from his Greenwood Cemetery gravesite to @eji_org in Alabama for the Community Remembrance Project, which recognizes victims of lynching. pic.twitter.com/RUJoaYbpvK