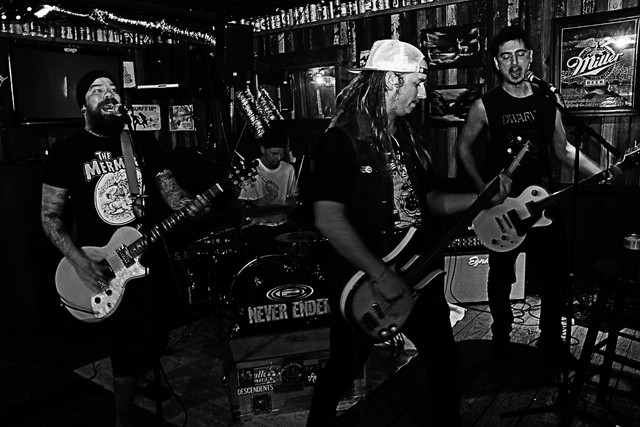 Following yet another ping from the swamped live venue radar this year, here I am at another show at a spot that’s not typically known for playing host to bands. This time it’s at downtown bar Sly Fox, where eminent Orlando indie promoter Norsekorea is testing out live bands. If it can develop legs, it’s an idea that could just bring back a little bit of that glory days vibe of those Bar-BQ-Bar shows. 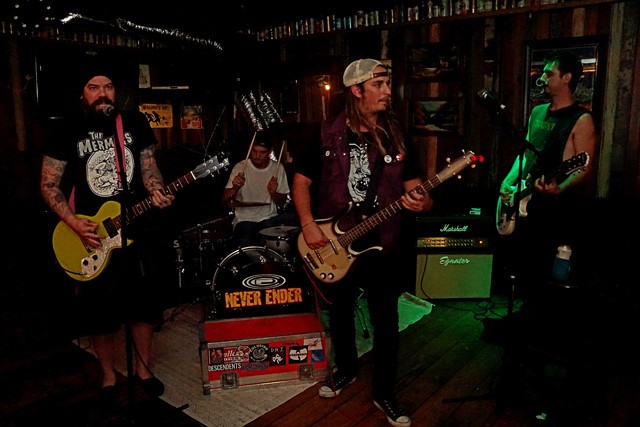 This maiden voyage is a pop-punk bill topped by Rushmore, the solid local band that rock hearty anthems of real punk velocity, open melodic intent and a shot of humor. 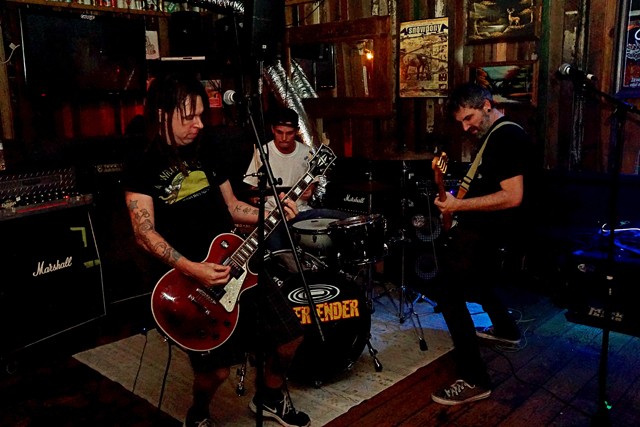 Launching the night were Melbourne trio Never Ender. From more of a rock pocket, their songs shoot it straight down the line with foot on the pedal and melodies that ride high and big. As far as pop-punk goes, theirs is a pretty well-angled sound that hits the mark without having to be too adorable or silly.

As a free show in a relaxed dive bar that’s got some grime under its nails and still allows smoking inside, the parallels between this Sly Fox prospect and the beloved Bar-BQ-Bar shows of yore are obvious. This tryout proves it could be a nice potential addition to the scene, something that deserves to become a thing, especially since a similar live music effort across the street at 64 North has evaporated. The weeknight event capitalized on the relative chill (read: low tool factor) of Mondays in downtown and delivered a compact two-band engagement with easy access and zero fuss. And a comfortable crowd turned out to enjoy it. 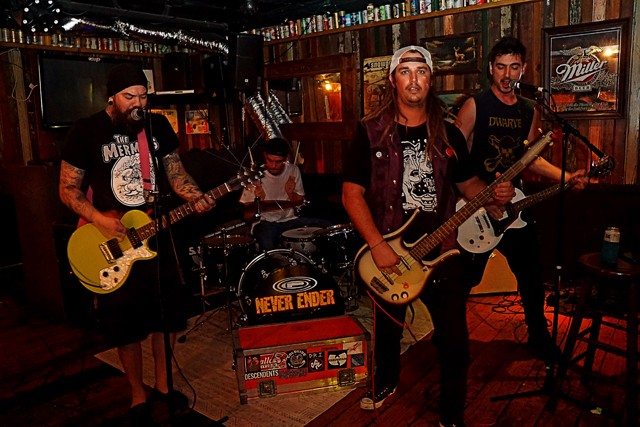 Norsekorea’s Kyle Raker, who also happens to tend bar at the Fox, says he hopes to do it on a semi-regular basis – perhaps once a month or so – so follow him. The big gestures oftentimes get all the trumpets and recognition, but sometimes the small no-need-for-ceremony-let’s-just-rock affairs are the ones that deserve the spotlight. And as a horizon that removes all barriers to entry, these Sly Fox shows could become one of them.