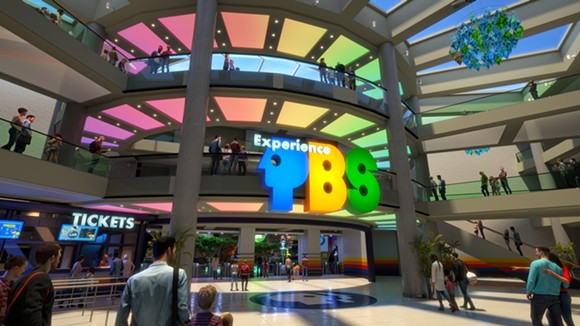 Across the attractions industry one of the fastest growing segments is indoor and family location-based entertainment centers. Global revenue within the sector is expected to more than triple within the next decade.

As it explodes, there is a constant stream of new brands moving into the market. Crayola has grown from opening its second location, the Florida Mall attraction, in 2015 to readying its fifth location. Merlin is in the midst of one its biggest expansion ever with numerous new attractions opening across North America, including new LEGO branded attractions, Sea Life aquariums, and more.

With its groundbreaking technology and high level of theming, one of the most impressive attractions coming out of this crowded marketplace has been the National Geographic Encounter: Ocean Odyssey in New York. Many view the project, overseen by Orlando-based Falcon’s Creative Group, as the next evolutionary step for marine life attractions. The virtual aquarium gives visitors many of the same interactions and moments of awe that a traditional aquarium or sea life park would offer, but here there are no live animals. The huge tanks, water filtration systems, and veterinary facilities are replaced with massive hyperreal digital screens, virtual animals with varying levels of artificial intelligence, and highly themed exhibits with custom musical scores. From humpback whales to great white sharks, Ocean Odyssey tells interactive stories never before imagined for a marine life attraction. 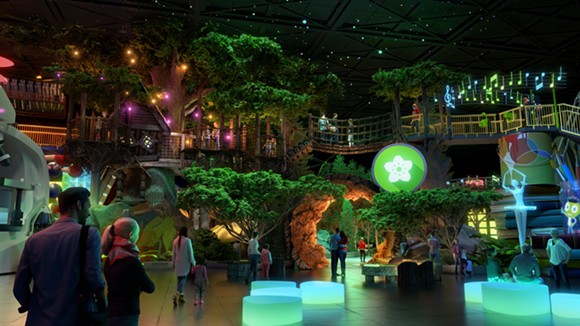 Now on the heels of revolutionizing the marine life attraction industry, Falcon’s Creative Group is entertaining a new partnership that could be just as radical for science centers. As part of last week’s International Attractions Expo, Falcon’s announced a brand-new partnership with PBS.

With more than 90 million monthly television viewers and 30 million online users per month, PBS is one of the nation’s leading educational brands. Falcon’s describes the new entertainment centers as an “innovative blend of themed architectural environments and seamlessly integrated media content.”

They explain this will be “PBS’ first foray in the realm of immersive experiences.” The new entertainment centers will harness the extensive library of PBS brands to create highly themed, interactive exhibits. With the stated goal to “strengthen the social, democratic, and cultural health of the U.S.” PBS has a catalog of brands and stories few other media organizations come close to. Falcon’s exhibited their ability to successfully bring to life various topics with their second deal for National Geographic, like the Tomb of Christ: The Church of the Holy Sepulchre Experience at the National Geographic Museum in Washington, D.C. This temporary exhibit showed that the Orlando company known for creating Turtle Trek and Adventures into the Deep can create stunning exhibits for any subject.

Five artists renderings of the attraction, which according to the artwork is called “Experience PBS,” give a closer look at the larger than life science center like exhibits that are imagined for the new entertainment center.
One of the renderings shows the entrance area from what looks to be a mall like setting. The other four are of different topics that may be included in the entertainment center. 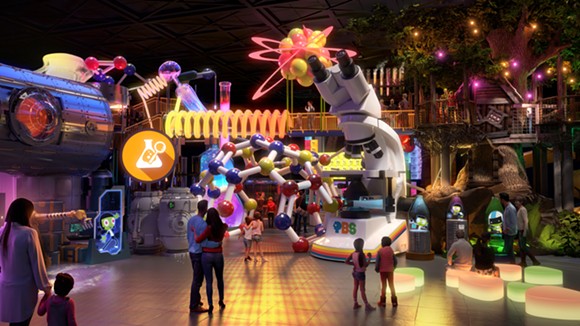 All net proceeds PBS receives from the new venture will be reinvested in the nonprofit media organization. 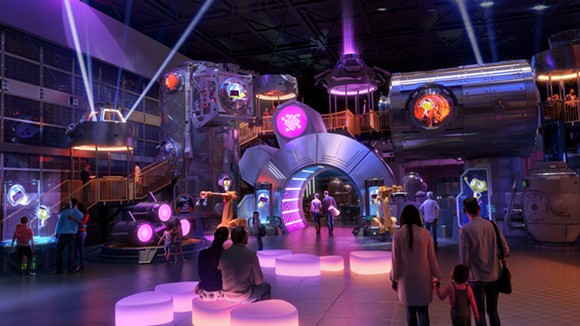 In the press release announcing the new partnership, Falcon’s does note that this “agreement represents the first stage in the development process. PBS and Falcon’s Creative Group are in the process of determining specific details for these destinations, such as location, design timeframe for launch.”

Despite this warning, many are already talking about how this new concept could forever change the family educational center landscape. With higher levels of theming and technological advancements, Experience PBS may seem like the logical evolution for family educational attractions, but with a trusted brand name like PBS attached to it, this isn’t just the next step.

Despite, or more likely because of, the rapid growth of the industry many of the biggest location-based entertainment center brands still struggle with name recognition and differentiation. If these Experience PBS family entertainment centers are realized, we will see a leading brand in family media connected with one of the attraction industry’s most innovative creative groups in what one of the boldest additions yet for location-based entertainment, but with no solid details in place, for now, we must wait.