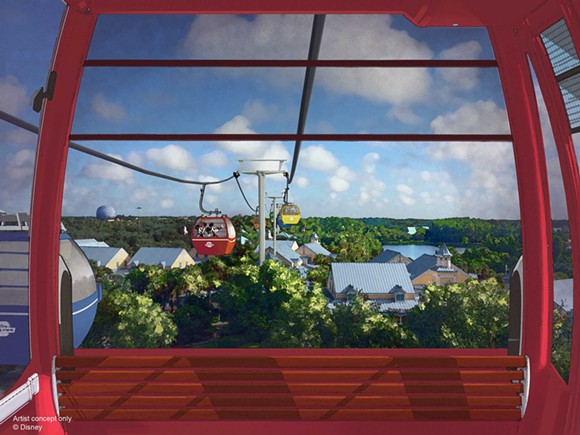 Next year Walt Disney World will debut their new Skyliner gondola system, which allow guests to travel between select theme parks and resorts via a suspended metal box with no air conditioning.

A spokesperson for the company confirmed the gondola's lack of A/C to the Orlando Sentinel this week at the Destination D event, saying the cabins were "specifically tailored to provide a comfortable ride for our guests in the Florida climate," and that the combination of reflective windows and cross ventilation will keep the gondolas cool.

Anyone who has ever experienced the harsh, steamy Florida climate, which can often feel like a hot, wet towel to the face in mid-July, says otherwise. Things could also get ugly if these gondolas ever stall out mid-trip, but hey, at least they have cool character wraps.

When completed in the fall of 2019, the Skyliner will connect Disney’s Hollywood Studios and Epcot with Disney’s Pop Century, Art of Animation, Caribbean Beach, Disney’s Riviera Resort, and proposed Disney Vacation Club site.