Florida breaks tourism record with 95.8 million visitors so far in 2018 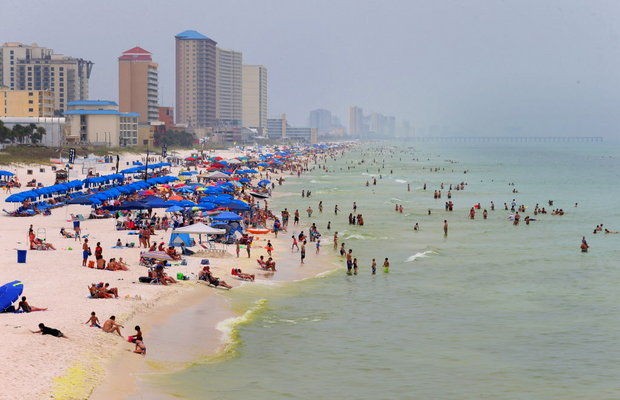 Despite record breaking levels of heat and toxic algae, Florida saw more tourists over the last three quarters than ever before.

According to a recent report from Visit Florida, the state's pseudo private/public marketing arm, Florida welcomed 95.8 million visitors from January through September in 2018, which is the highest number of visitors in any nine months in our state's history, and a 6.7 percent increase over the the same period in 2017.

According to Visit Florida, 30.7 million visitors traveled to Florida in the third quarter of 2018, an increase of 10.1 percent over the same period in 2017. Those visitors include 27.5 million domestic visitors, 2.7 million overseas visitors and 490,000 Canadian, says the agency.

For comparison's sake, it's estimated that 118.8 million tourists visited Florida in 2017.

Naturally, Gov. Rick Scott didn't hesitate to give himself credit for this achievement. "Since December 2010, Florida has welcomed a record number of travelers for 27 quarters and had seven consecutive years of record visitation and visitor spending," said Scott in a statement. "Today’s announcement shows that 2018 is shaping up to be the most robust year for travel to Florida ever."