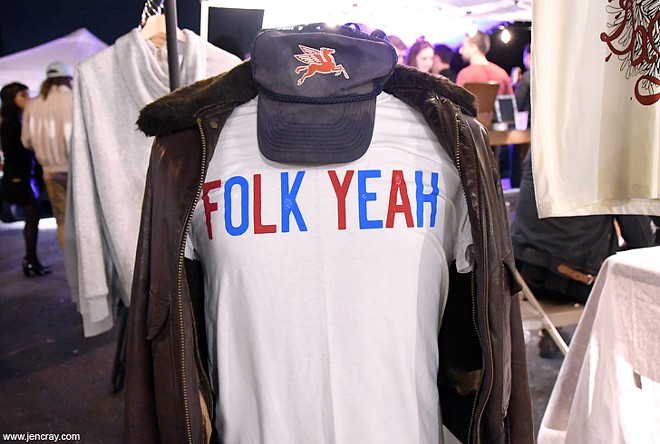 Black Friday? No, thanks. I value my sanity more than a good deal. So Folk Yeah kicking off a day early was the perfect antidote to the yearly consumerist apocalypse.

This year, the annual showcase of singer-songwriters by decorated Orlando musician Mike Dunn has taken one of the biggest local quantum leaps. It’s gone from a single-night concert in its first two years to ringing in the third edition as a three-day music festival that includes a band-heavy opening night (“Electric”), the all-day main event spanning every corner of the Will’s Pub complex across four stages and finally a relaxed closing day (“Hangover”).

In its maiden voyage as a fleet, the newly expanded event fired off the line with an auspicious two-stage start. The outside stage set the tone with a band-heavy lineup that featured good established Orlando groups like Day Joy, Richard Sherfey & All God’s Children and Someday River, as well as some nice new discoveries like the slow-bleeding heart of Bastion and Athens’ Palace Doctor, a new band fronted by Modern Skirts’ Phillip Brantley whose angled and twangy indie-rock sound pumps with an underground pulse that’s at once ‘90s and Southern. 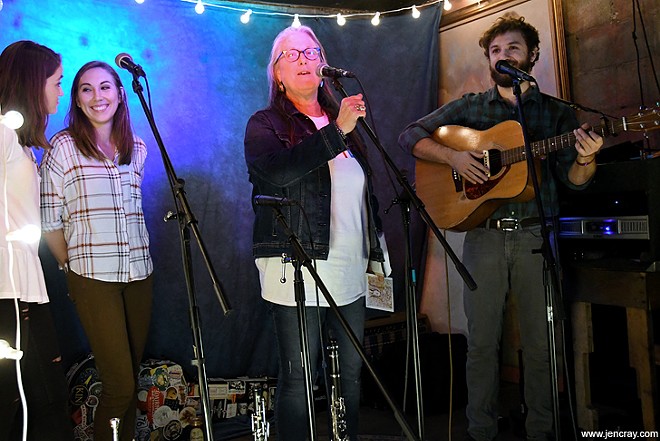 The indoor performances, though more intimate, were sometimes just as spirited. Between the sets by Maple Sparrow and Gailanne Amundsen, there was definitely a bit of a Swamp Sistas vibe in the house.

The big feature inside were Matthew Fowler & the Prado Sisters, who suddenly filled the house. More than just a pleasant background vocal foil to Fowler, the sisters – Tana and Adeline – provide him with added instrumentation and presence. 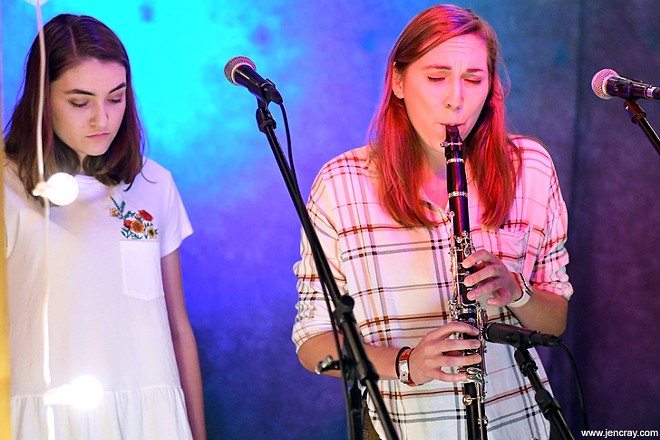 With their voices, woodwind and brass, they give his tender sensibility some real flesh, drawing some of the nuances with more vividness. With the Prados in the mix, Matthew Fowler has an activating force that graces his expression a big, welcome boost in variety and dimension to cast him in his most unique light yet.

Beyond just the music, the outdoor grounds were arranged for both concert and bazaar with well-curated indie vendors. If Folk Yeah were to continue in this format, more trumpeting of the market aspect of the event could make it another hip, truly local option for holiday shopping like Grandma Party, Redlight Saves Christmas and Will’s A Faire.

Even though Folk Yeah does honor its name, this blowout edition featured a nice range of styles. But the most distinctive part, the aspect that gives Folk Yeah such identity and pedigree, is that Mike Dunn’s heart and touch ran throughout it, even at this scale. It felt executed with concept, care and conviction. Just how Dunn does things.