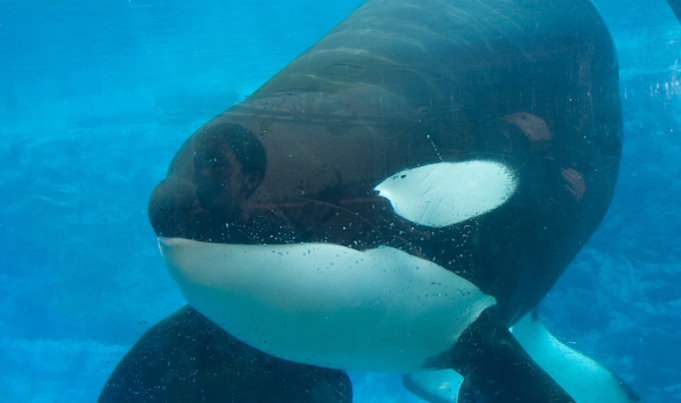 Animal advocates are suing the federal government over necropsy reports for three orca whales who died at SeaWorld venues, including Tilikum, the Orlando whale featured in the 2013 anti-captivity documentary Blackfish.

Tilikum, who killed SeaWorld Orlando trainer Dawn Brancheau in 2010, died Jan. 6, 2017 from a bacterial lung infection. That same year in July, a 3-month-old whale named Kyara died from complications with pneumonia at SeaWorld San Antonio. A month after Kyara died, Kasatka was euthanized after a decade-long struggle with a bacterial respiratory infection at SeaWorld San Diego.

After Tilikum's death, animal advocates said SeaWorld was required to submit the whale's necropsy (animal autopsy) and veterinary records to the National Marine Fisheries Service under federal law. But SeaWorld argued
it didn't need to release the necropsy because it already complied with the law by releasing Tilikum's cause of death, according to the Orlando Sentinel.

The National Marine Fisheries Service agreed with SeaWorld. The federal agency argued amendments pushed by industry lobbying to the Marine Mammal Protection Act in 1994 took away their authority to enforce permit provisions requiring the submission of necropsy reports and veterinary records.

But permits that were issued to import Tilikum and Kasatka in 1992 and 1978 said SeaWorld must submit records to the agency when the orcas died, according to the lawsuit filed by PETA, the Animal Welfare Institute, the International Marine Mammal Project of Earth Island Institute, the Whale and Dolphin Conservation, and the Cetacean Society International. The stipulation also applied to Tilikum's progeny, which included his granddaughter Kyara. The provisions of permits, both issued before the 1994 amendments, should still apply, advocates argued.

"The plaintiffs are calling on the agency to stand by the permit conditions that it imposed and ensure that the public and the independent scientific community can examine this information in order to improve marine mammal well-being and hold parks like SeaWorld accountable," said PETA spokesperson Jared Goodman in a statement.

A spokesperson for the National Marine Fisheries Service declined to comment on its legal analysis, saying it is "standard NOAA practice not to discuss legal matters."

The necropsies and clinical records are vital to understanding the impact of captivity on orcas and also inform the "rescue and treatment of injured or ill marine mammals in the wild," advocates argued.

"The captive-display industry is the first to claim that the marine mammals it holds are valuable to scientific research and conservation," said AWI marine mammal scientist Naomi Rose in a statement. "Withholding necropsy reports and veterinary records from the public, including outside scientists, suggests otherwise."