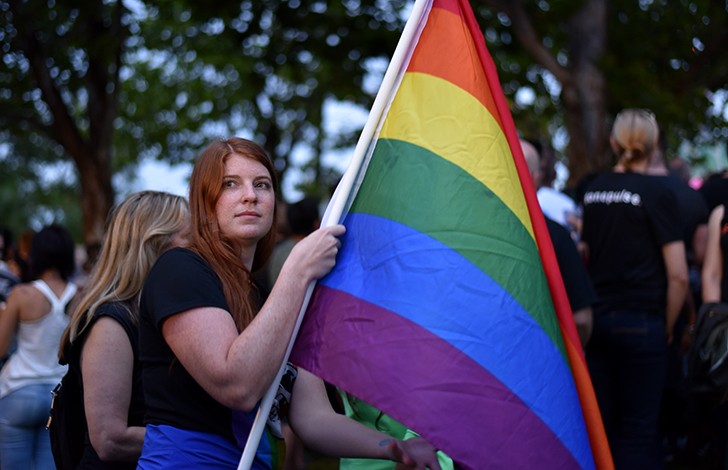 A South Florida lawmaker has filed a bill to ban conversion therapy for LGBTQ minors.

"Conversion therapy," also known as "reparative therapy," is a debunked practice that falsely claims to be able to change a person's sexual orientation or gender identity. LGBTQ advocates argue conversion therapy is not only fraudulent but also dangerous, especially for young people.

The bill, SB 84, was filed last week by state Sen. José Javier Rodríguez, D-Miami, and would prohibit licensed mental health practitioners and counselors from practicing or performing conversion therapy on individuals under 18. Rodríguez and other Democrats filed similar bills banning the practice last year in the Florida Legislature but those measures died in session.

"In most states it is still legal to force children into conversion therapy and that is wrong," Rodríguez said in a statement. "When it comes to this debunked practice, there is no conversion and there is no therapy. So-called conversion therapy does not work because youth are who they are. They should be supported rather than shamed. More importantly, the practice we seek to ban is not therapy. The long-term, even lethal, damage it does to youth is well documented. If you’re going to be a licensed practitioner in Florida, refraining from harming our youth with this debunked practice should be a basic requirement."

Under the bill, licensed professionals who perform conversion therapy on minors would be subject to disciplinary proceedings.

"Conversion therapy is a profoundly dangerous form of rejection with no basis in medicine or science," said Equality Florida's public policy director Jon Harris Maurer in a statement. "Unless lawmakers act to end the practice in every state, countless LGBTQ youth will be subjected to forms of conversion therapy in the next few years. Conversion therapy is a deceptive and utterly discredited practice that targets some of the most vulnerable in our state – LGBTQ young people."

While several municipalities in Florida have banned conversion therapy, including Tampa, Miami, Palm Beach County and Broward County, neither Orange County nor the City of Orlando have explicitly banned it. The Orlando Sentinel reported in January that city and county officials said the issue hasn't found traction in Central Florida, although there is at least one petition requesting Orlando and Orange County officials to ban the practice.