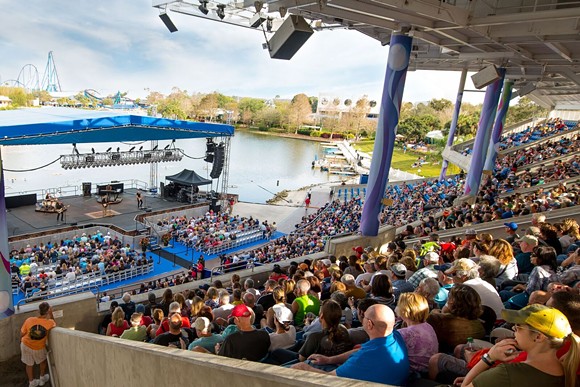 Starting Monday, SeaWorld, Aquatica and Discovery Cove employees in Orlando will see their pay bumped to $11 an hour, making the company the latest Central Florida theme park to ante up, a spokesperson confirmed.

"We are continually evaluating our pay rates and make adjustments when necessary to remain competitive in the industry," a statement from SeaWorld says.

Asked to comment on the company's previous minimum wage and if there will be future adjustments for employees at other pay levels, the spokesperson declined to comment.

In November, Universal Orlando announced that beginning in February, employee starting pay will be raised from $10 an hour to $12. Though it's unclear whether Disney World's pay increase strong-armed Universal into making a similar move, the Unite Here union, which represents hospitality workers at Disney World, took credit for the announcement at the time on their Facebook page.

"Within hours of our public call for Universal and other employers to raise wages to match Union wages at Disney, Universal raised minimum to $12 in February! Universal's action is a clear and unmistakable response to our Union power here in Central Florida," the group wrote.

Of the three major parks located just outside the City Beautiful, Disney is the only unionized workforce.