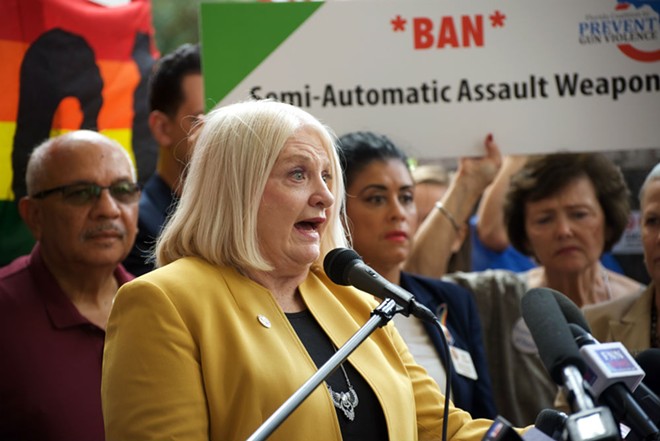 On Thursday, state Sen. Linda Stewart filed legislation for the upcoming session that seeks to remove the statute of limitations for prosecution of rape cases involving youth victims.

In other words, if passed, the bill – SB 130 – would allow a victim who is younger than 18 years when the offense is committed to pursue prosecution of their attacker at any time in the future, versus being forced to report the alleged crime within the parameters of a legal timeframe.

Stewart's office notes in a news release that the legislation is intended to help certain sexual assault cases, such as the one involving Donna Hedrick, a local resident who was sexually abused as a 15-year-old high school student. Hedrick kept the traumatic incident buried for 40 years, only to later learn that she wasn't alone, the release says; there were five other girls who were also abused and the teacher was never prosecuted.

"Many young sexual battery victims do not come forward when they are first assaulted," says Stewart, D-Orlando. "Sometimes they don't understand, sometime they are afraid, and sometimes they are simply ashamed. Each victim processes these horrendous events in their own way and in their own time. Justice for these children should not be tied to a clock."

If passed by the state Legislature and signed into law by the governor, the bill will take effect on July 1.