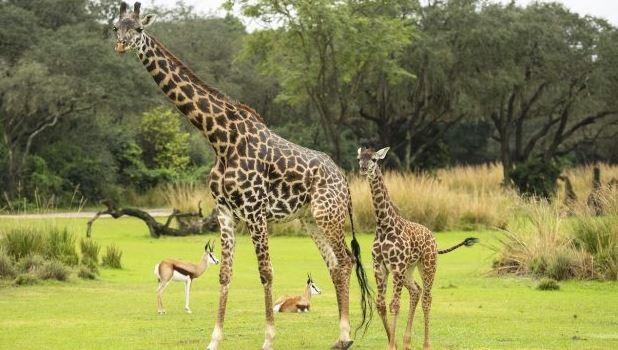 Disney fans got to vote for the name in a recent poll and Amira, which is the Swahili word for "princess," came out on top.

Today, Amira officially took her first walk on the Kilimanjaro Safaris savanna. She will now be a part of the safari experience for park-goers to see.

The Masai giraffe species, native to Kenya and Tanzania, is currently classified as a "vulnerable" species by the International Union for Conservation of Nature.

Because of this, Amira's parents Kenya and George were chosen to breed as a part of a Species Survival Plan, which, according to the Disney Parks website, "ensures responsible breeding of threatened and endangered species."