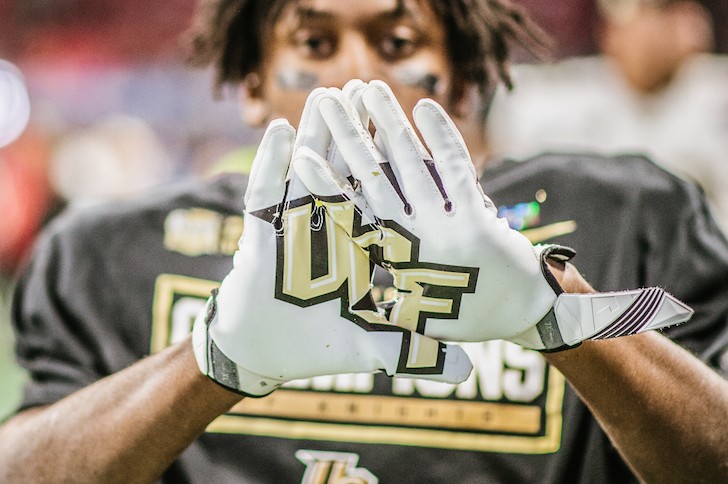 Is the writing on the wall for the future of a potential University of Florida and University of Central Florida football rivalry?

"I'd be OK with scheduling them in the right situation," Stricklin told reporters last week. "We do home-and-homes with like FSUs and Power 5 Leagues. We haven't done any home-and-homes with non-Power 5 teams. I don't think we would start that. But I'd love to schedule [UCF] in a game."

Stricklin also noted how him and UCF athletic director Danny White has yet to speak about scheduling a game. "We haven't had a spot where we thought this made sense at this point," Stricklin said.

Following Stricklin's comments, White fired back, saying in a statement to the Orlando Sentinel, "I'm encouraged to hear that UF is open to the idea of playing us in football. Since I've been here, it had been made clear to me there wasn't much hope of that. Our scheduling philosophy has been transparent since I arrived at UCF – that we're open to a home-and-home series with any non-conference Power 6 opponent. Top 10 programs don't schedule two-for-one series where the balance is not in their favor. Our growing fanbase and our student-athletes deserve better than that."

Florida is currently set to play the University of South Florida – a fellow member of the American Athletic Conference, alongside UCF, and who's lost to the Knights in back-to-back seasons – in 2022, 2023 and 2025.

UCF and Florida football last met in 2006, when the Gators romped the Knights 42-0 in the infamous Swamp. That same year, under the tenure of then-head coach Urban Meyer, Florida would go on to win a BCS National Championship. Though the teams were scheduled to play again the following year, in 2007, UCF abandoned the game and was forced to pay $100,000 buyout, according to documents obtained by ESPN.