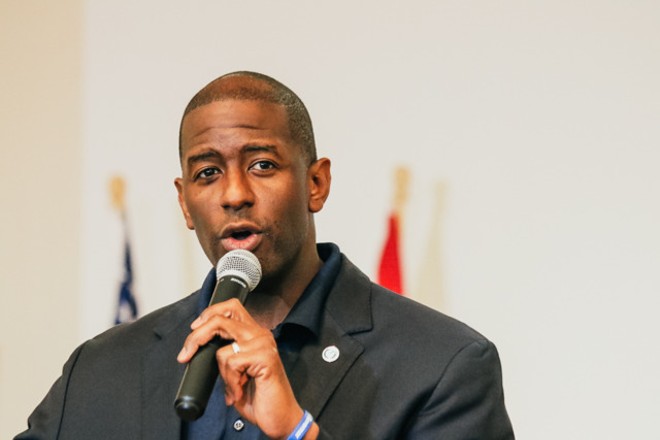 In the weeks after Democrat Andrew Gillum lost the Nov. 6 gubernatorial election, money continued to flow into a political committee that played a major role in his campaign.

From Nov. 7 to Nov. 30, the committee Forward Florida raised nearly $1.24 million, according to a state campaign-finance database.

Most of the money came in small-dollar contributions from across the country, but large sums included $150,000 from a Teamsters political committee, $100,000 from the West Palm Beach-based law firm Searcy Denney Scarola Barnhart & Shipley and $100,000 from the Jacksonville law firm Pajcic & Pajcic, the database shows.

Forward Florida had about $4.79 million in cash on hand as of Nov. 30, according to a new finance report.

Gillum lost by fewer than 33,000 votes to Republican Ron DeSantis in a race that went to a machine recount because of the narrow margin.