What you see here is quite possibly the largest gopher tortoise in the state of Florida.

On Saturday, Nov. 25, state officials rescued this absolute unit in Koreshan State Park, after they noticed it was "acting lethargic and appeared to have diarrhea." The proud lad was then brought to the Clinic for the Rehabilitation of Wildlife, where it weighed in at a beefy 15.26 kilograms and measured 44 centimeters.

For some scale, this is considerably larger than the previous record for a large gopher tortoise. "The current record tortoise was documented near Labelle in Hendry County, Florida in 2016," said Kelly O’Connor, a gopher tortoise conservation biologist with the Florida Fish and Wildlife Conservation Commission in a statement. "It weighed 14.5 kilograms and had a straight-line carapace – a tortoise’s upper shell – length of 42.7 centimeters." 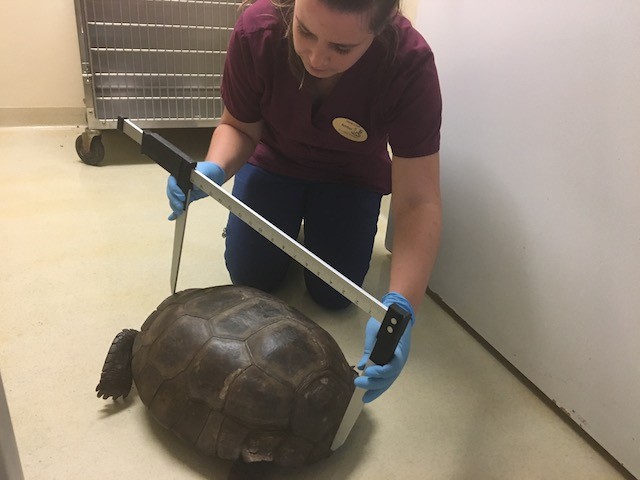 While size and age aren't necessarily related, staff at CROW believe this chonk may be roughly 50 years old. "He is definitely the biggest one I have ever seen," added Dr. Heather Barron, Medical & Research Director at CROW. "His body condition is really poor right now, so he’s quite thin compared to a healthy tortoise. A healthy weight for him would be even higher."

Gopher tortoises are considered a threatened species in the state of Florida, mostly due to to  habitat destruction and fragmentation. CROW admits between 60 and 75 gopher tortoise patients each year, mostly due to encounters with vehicles on roadways.