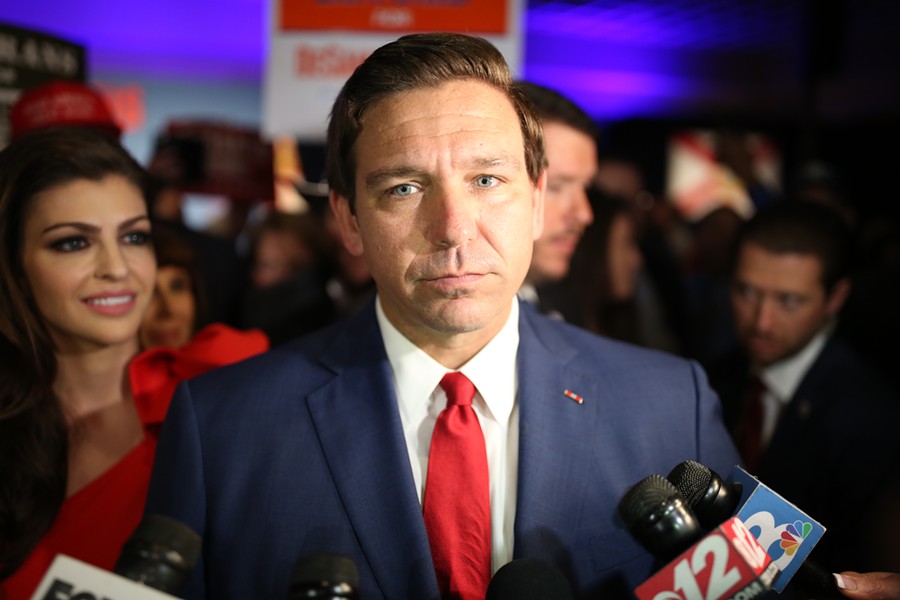 Republican Gov.-elect Ron DeSantis told the Palm Beach Post that he's opposed to Amendment 4 going into effect immediately, instead calling for a bill with "implementing language" that is then sent to him for his signature.

That, of course, flies directly in the face of those who wrote the ballot measure, which was approved by 64.6 percent of Florida's electorate during the Nov. 6 midterms election. That means 5.2 million Floridians – about a quarter of the state population – voted in favor of restoring the right to vote to an estimated 1.2 million ex-felons upon the completion of their sentences.

If DeSantis gets his way, the move would delay restoring felons' rights by roughly two months, when the legislative session gets underway on March 5.

Advocates for Amendment 4, such as the American Civil Liberties Union, argue the measure should go into effect as soon as Jan. 8.

"They're going to be able to do that in March," DeSantis told the Post, referring to the 60-day legislative session. "There's no way you can go through this session without implementing it."

During the campaign, DeSantis opposed Amendment 4, as did state Senate President Bill Galvano. Because of that, and because Republican-led administrations in Florida have a history of dragging their feet in implementing constitutional amendments that fall outside of their ideology (cough medical marijuana cough), supporters of Amendment 4 worry the incoming DeSantis administration will create new roadblocks for the measure.

According to a report from the Tampa Bay Times, the state has yet to provide clear direction on how to best implement the amendment. Instead, the state is arguing that the Legislature should have a say in the matter – you know, the same legislative body that couldn't do their jobs as elected officials to address the issue of felons' voting rights in the first place.

In fact, the Legislature's decades-long inaction on the issue was what urged felons' rights advocates to collect enough voters' signatures to force a statewide referendum on the issue, circumventing the say of lawmakers.

Evidently, though, some elected leaders refuse to stand by the will of the electorate, opting, instead, for the continuation of hoops to jump through.

And this time, it's not Republican Gov. Rick Scott who'll be leading the circus, as he has with the implementation of Amendment 2, a constitutional amendment that legalized medical marijuana in certain forms statewide and was approved by 71 percent of Florida voters during the 2016 election. (As of August, the state had spent nearly $2 million in legal bills in their fight against medical marijuana.) Rather, at least judging by his comments to the Post, DeSantis will maintain the ringmaster duties.

So step right up, folks, and feast your eyes! It's the show of the year!

Or, as Orlando state Rep. Carlos Guillermo Smith put it on Twitter:

We've seen this movie before.
They don't want to restore voting rights.
...or implement medical cannabis.
...or fair districts.
...or environmental funding.
When YOU pass constitutional amendments,
the @FloridaGOP looks for ways to get around it.https://t.co/bh3sDuxN4P