It's been a wild year for Orlando's live music venues

December 18, 2018 at 2:25 PM
comment
THIS LITTLE UNDERGROUND
It’s been an absolutely dizzying year for emerging new stages. And after following Orlando’s Great Live Venue Derby of 2018, I need a chiropractor to straighten me out from all the zigs, zags and twists. But for now, here’s where all the dust settled:

Blackstar/Odd Jobs
Comprised of the old Hoops Tavern and an adjoining building, all belonging to the Club Firestone complex, this is the meteor that kickstarted the fever early when its innovative, fluid vision and remodeled facilities started sending electricity through the scene in late 2017 with potentially game-changing implications. But then the sister clubs were suddenly sold to become a seemingly more conventional nightclub concept named Club Vision that quickly folded. It’s now back up for sale.

The Vanguard
Because of its size, scope and status, this major revamp of the historic Club Firestone building is still the scene’s biggest X factor. Once its renovation toward a House of Blues-style live venue is completed, it could stand eye-to-eye with prime concert halls like the Beacham, Plaza Live, HOB and Hard Rock Live. Considering how strangely and unceremoniously the plug was yanked on Blackstar, however, this venture lives under a cloud of uncertainty. But even though it’s behind schedule, construction continues, now with a spring target opening. 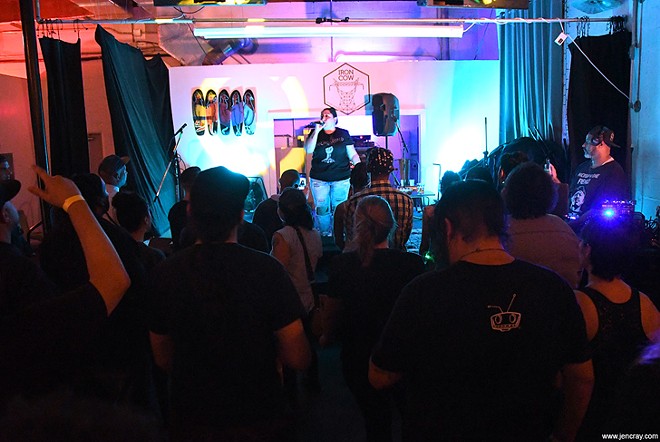 Iron Cow
Its calendar hasn’t yet made optimum live use of the new facility. Still, it’s a great and accessible space that, in the right promoter’s hands, has been host to some solid concerts this year. Although under-utilized as a concert venue, the Milk District’s biggest new room still stands with enormous potential.

Soundbar
By immediately succeeding Backbooth in both space and programming, the quick arrival of this remodeled club saved downtown from losing a longtime stage.

The Veranda Live
Though somewhat sporadic in activity, this gorgeous outdoor venue is a very welcome addition. Embodying everything that’s great about old downtown Orlando and setting it to live music, this historic courtyard is one of the city’s most picturesque spaces to experience music. When activated, it’s like Thornton Park’s swinging town square.

Church of United Ministry
Though tiny and obscure, this Mills 50 hang is an underground sanctuary for the dazzlingly freaky side of queer Orlando, hosting music events that preach the fringe gospel with edge and flair.

Grumpy’s Underground Lounge
Still somewhat of an enigma with a very uneven calendar, this new Mills Avenue spot has hinted at promise as a sister venue of sorts to the legendarily strange and crucial Uncle Lou’s, thereby widening the gateway into Oddlando. 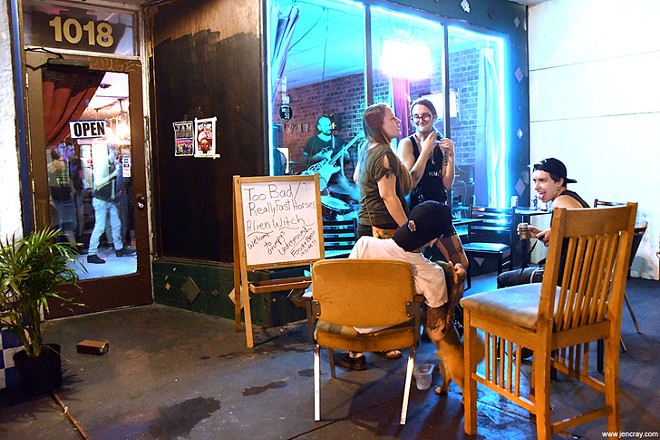 Stonewall Bar
The longtime gay bar has been making some fresh ripples now that credentialed scene-maker Tommy Mot is officially aboard. With his diverse and tasteful background (Spacebar, Blackstar, Panic, No One Knows I’m Disco, etc.), he’s bringing new blood in the form of experimental sounds and even live acts into this beautifully outfitted, three-zone club and expanding its inclusive horizon. Great to see new energy coming out of Parramore. 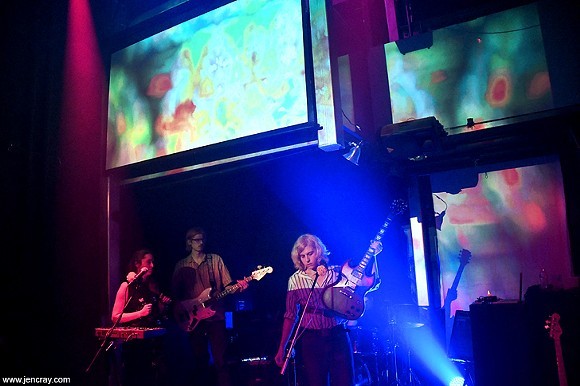 Sly Fox
Thanks to established local indie promoter Norsekorea Presents, this downtown dive has made a late and encouraging emergence as an exceptionally fuss-free place to catch bands à la the old Bar-BQ-Bar shows.

The Nook
More than basic bar, this cozy Milk District spot is bringing character to the upward hood with interesting events and some decent music.

Whiskey Lou’s
Although anything but new, this beloved, true-blue local institution recently came under new ownership with a management team that includes pioneering Orlando promoter Jim Faherty (Figurehead, Sapphire Supper Club, Dante’s, Bullitt Bar, Veranda Live, etc.). The plan is to keep the famously old-school bar vibe undisturbed. But once some stage activity starts happening, it could turn one of the city’s best dives into a nice addition to the Milk District’s live music sum.

THE BOTTOM LINE
Although there was some early threat, nothing ultimately redrew the Orlando live music circuit seismically. But the bright new waves and glimpses of promise have yielded a landscape of greater variety and possibility for indie and DIY musicians to flex their wings on the street level, where it counts the most.

And next week’s column will be TLU’s annual Underground Awards so ready the confetti.