An extremely long lad was recently captured in Florida 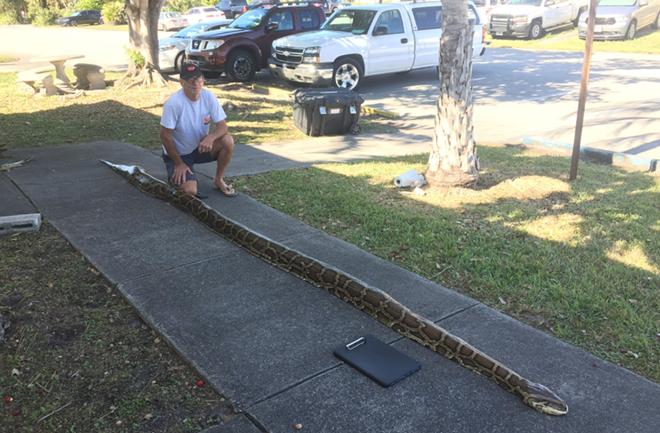 An 18-foot-long Burmese python, which could easily swallow four Gary Colemans, was recently captured in Florida.

The extremely long lad was captured in the Everglades' Francis S. Taylor WMA by a Python Removal Contractor with the Florida Fish and Wildlife Conservation Commission.

Though the FWC has yet to officially rule this massive snake as a new record, the 18-foot beast is arguably one of the largest Burmese pythons ever captured in Florida, considering the previous record holding snake was just a measly 17 feet long.

According to the FWC, invasive Burmese pythons are often more visible in the cooler months, as the snakes are prone to lying out in the direct sun to regulate their body temperature.

You can actually help Florida with its current python problem by reporting any sitings to the Exotic Species Hotline (888-IVE-GOT1).

You can learn more about the FWC's Python Pickup Program here.