Florida deputy kills two women, a child before turning gun on himself 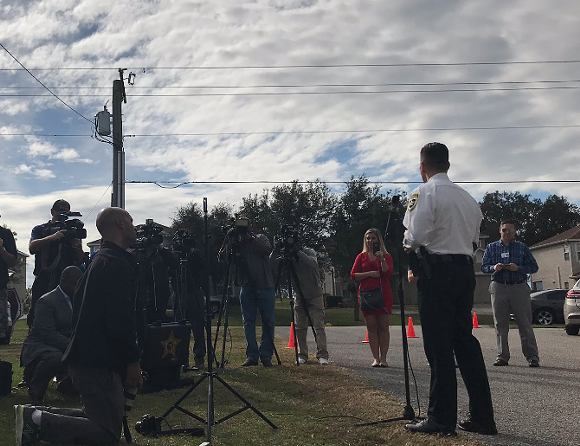 During a news conference, Hillsborough County Sheriff Chad Chronister told reporters that the deputy went on the office radio's main channel at 6:42 a.m. to confess to the murders involving the women and child, and to tell them that he was going to kill himself.

From there, following a supervisor's attempts to talk the deputy out of suicide over the radio, three other deputies found him near Plant City High School, where, shortly after, he took his own life.

Chronister noted that the deputy had previously retired two years ago following a 25-year stint at the sheriff's office, but had been hired back to help provide school security after the massacre at Marjory Stoneman Douglas High School in Parkland that claimed 17 lives in February.

The sheriff said that during his employment, among the glowing reviews of his service, there had no been warning signs that the deputy was unstable. However, while speaking to his sheriff's office colleagues over the radio, the deputy mentioned having financial and health issues.

Names of those involved in the incident have not been released.


This is breaking news. Check back for updates.