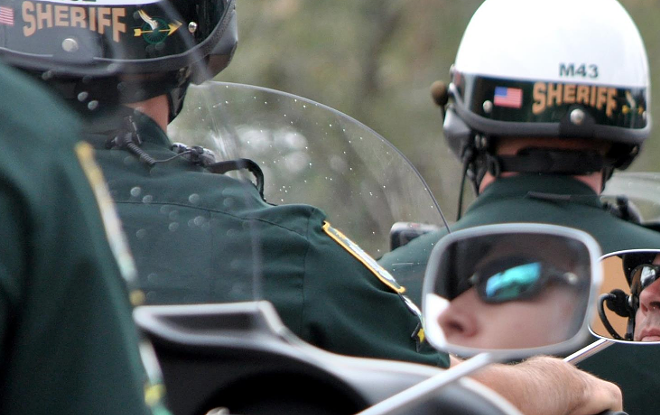 After losing an earlier challenge, Volusia County has filed a lawsuit seeking to be shielded from a newly approved constitutional amendment that deals with sheriffs and other types of county officials across the state.

The Nov. 6 ballot measure, known as Amendment 10, requires the election of county sheriffs, tax collectors, property appraisers, elections supervisors and clerks of court. Also, it prevents counties from taking steps such as abolishing those “constitutional” offices or transferring the duties.

But in a lawsuit filed Monday in Leon County circuit court, Volusia County is seeking a ruling that the ballot measure does not apply to it because of a decades-old local charter that revamped the structure of Volusia’s government. Volusia contends in the lawsuit, which names as defendants Gov. Rick Scott and Secretary of State Ken Detzner, that the ballot measure should not apply retroactively.

The lawsuit argues that Amendment 10 “should be construed to have only prospective effect; that revision 10 does not restore constitutional offices which Volusia voters abolished; and that the Volusia charter remains in full force and effect just as it had been prior” to the November constitutional amendment.

The amendment, placed on the ballot by the state Constitution Revision Commission, received approval from nearly 63.2 percent of voters statewide, comfortably above the 60 percent threshold needed for passage.

Volusia County, Broward County and Miami-Dade County went to court this summer to try to block Amendment 10 from going on the ballot. They argued that the ballot title and summary would be misleading to voters, but the Florida Supreme Court in September rejected the arguments. Broward and Miami-Dade also have local charters.

The Supreme Court ruling foreshadowed the possibility that another legal challenge could be filed about whether Amendment 10 should apply retroactively, noting that Volusia County had argued that the measure was “misleading because it fails to disclose whether Amendment 10 will apply retroactively, thereby negating changes previously made to charters, or prospectively, only preventing charters from making the prohibited changes in the future.”

But the Supreme Court declined to rule on the retroactivity issue, saying it should “be resolved in a post-election action.”