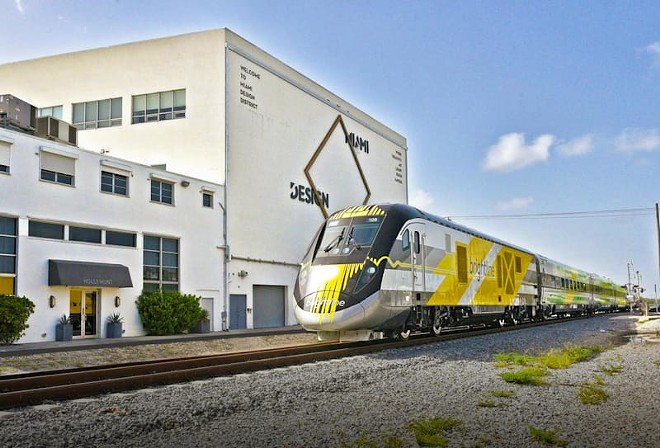 Two Republican congressmen are pointing to a state report on passenger-rail service as they implore the U.S. Department of Transportation to put the brakes on extending a deadline to issue tax-exempt bonds needed to expand the Brightline rail system from South Florida to Orlando.

However, with a decision pending on the bond extension, Congressmen Brian Mast and Bill Posey are on the opposite side of the issue from other lawmakers who support Brightline.

Mast, a Palm City Republican, and Posey, a Rockledge Republican, asked U.S. Department of Transportation Secretary Elaine Chao last week to deny a request by Brightline —- in the process of rebranding itself as Virgin Trains USA —- for more time to sell $1.15 billion in tax-exempt “private activity” bonds needed for the expansion to Orlando.

Mast and Posey bolstered their argument by pointing to an Oct. 31 report from the state Legislature's Office of Program Policy Analysis and Government Accountability that backed financial and safety concerns expressed by critics of the Brightline service, which now runs between West Palm Beach and Miami. The report also noted the state Department of Transportation hasn’t used its authority to regulate rail service at Brightline’s expected speeds of between 81 mph and 125 mph.

“Madam Secretary, we strongly encourage your agency to take a step back and give Florida an opportunity to shore up its regulations governing these higher speed trains,” Mast and Posey wrote. “This time will also allow the corporation in this ever-changing project, to prove it will have the finances going forward to build all the safety features along the entire route which should be required and are so desperately need(ed).”

Their efforts have been countered by several members of Congress, including representatives from Miami, West Palm Beach and Orlando.

On Monday, Congressman Mario Diaz-Balart, a Republican from Miami-Dade County, made his support known to Chao.

“Brightline is one of the most innovative, exciting infrastructure projects I have seen in quite some time,” Diaz-Balart said in a statement.

Brightline’s request is expected to be considered by a U.S. Department of Transportation advisory committee by the end of this week.

Meanwhile, state Sen. Debbie Mayfield, R-Rockledge, also is pointing to the October report by the state agency known as OPPAGA as she intends to pursue more state oversight of passenger rail service during the 2019 legislative session.

Officials from Martin and Indian River counties brought lawsuits against the service and earlier this year opposed the U.S. Department of Transportation giving Brightline until the end of the year to sell the $1.15 billion in tax-exempt bonds.

Martin County, however, along with the resident group Citizens Against Rail Expansion in Florida, have since settled after Brightline agreed to safety and maritime changes.

In their letter, Mast and Posey noted the OPPAGA report identifies safety as a key concern.

“The Florida East Coast Rail system, the existing (right-of-way) used by (Brightline), is perennially one of the most dangerous freight rail lines in the country based on track miles,” Mast and Posey wrote. “This is due to the high number of at-grade crossings in the densely populated coastal region as noted by the OPPAGA study. It is for this reason many in the region where the trains will reach speeds of 110 mph are concerned about (the Federal Railroad Administration’s) approval of allowing hazardous materials such as liquified natural gas on the same tracks as the higher speed trains.”

When asked about the 159-page OPPAGA report in November, Brightline responded with a statement that it was committed to safety.

“Safety is Brightline’s top priority, which is why we’ve worked closely with the FRA (Federal Railroad Administration), FDOT (the Florida Department of Transportation) and all local jurisdictions along the railway corridor on designing, engineering, constructing and operating the system,” the Brightline statement said. “We remain committed to working with FRA and FDOT to increase funding for more education and awareness.”

Brightline also is looking at expanding beyond Orlando. On Nov. 28, it was given 90 days by the Florida Department of Transportation’s procurement office to work out terms with the Central Florida Expressway Authority to build the train service along Interstate 4, linking Orlando to Tampa.