The Orlando music scene just lost a notable figure. At only age 40, Richard Sherfey is a light snuffed far too soon.

He first started making a mark on Orlando in the early 2000s as a touring Athens artist, building a distinguished reputation with his soulful merge of country, gospel and rock. Eventually, he relocated here, becoming a card-carrying member of the local scene in both music and craft beer with Redlight Redlight.

Even though his business work with the latter would actually lessen his musical footprint, Sherfey had started making more live appearances again a few years ago with his band, All God's Children. Then, late last year, he emailed me the tracks for a new record (Oh's, Ah's, and Sha-La's) that he was about to release, his first in almost a decade. This is my favorite song off it:
I just saw Richard at the recent Folk Yeah and took this photo of him: 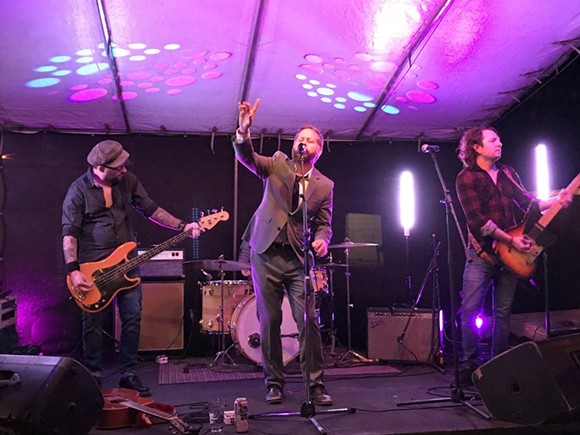 I would run into him out here and there but it was the first time in a long time I saw him performing. It was good. I told him so afterwards as we shook hands. I didn't know it would be the last time. We seldom do, I guess. There's really little anyone can say that ever makes these things better. But at least he left us with a heart-swelling soundtrack to accompany his memory. Thanks for the songs, Richard.