Busch Gardens will bring back free beer in 2019 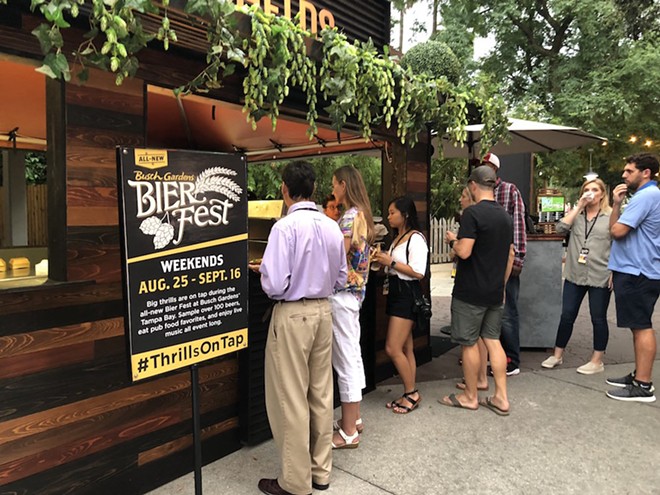 For 50 years Busch Gardens Tampa offered free beer to guests, until the promotion was canceled in 2009 and resurrected last year.

Yesterday, the theme park announced they will continue the flow of free booze as part of their 60th anniversary celebration. "At Garden Gate Café or Serengeti Overlook Pub, guests age 21 and older can enjoy two complimentary samples each park visit in 2019, going back the park’s roots as a beer garden when it first opened in 1959," said the park in a statement.

From 1959 to 2009, free beer was a staple at Busch Gardens when it was owned by Anheuser-Busch. However, the program was discontinued in 2009 while under the ownership of the Blackstone Group.

Last year, Busch Gardens and SeaWorld Orlando, which are now both owned by SeaWorld Entertainment, brought back the wildly popular free beer promotion.

As of now there's no word on if SeaWorld Orlando will also bring back free suds, but there's a strong chance it's likely on tap for the near future.