The number of sex offenders living in Florida is on the rise, and most live in Orange County 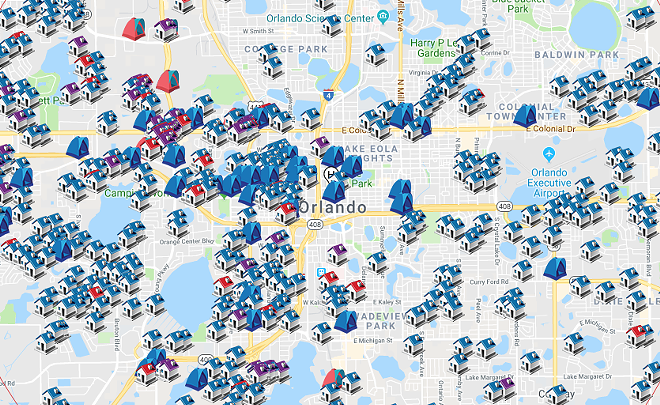 The number of registered sex offenders and predators living in Florida is on the rise, according to a new state report.

The Associated Press reports 28,548 sex offenders and predators call the Sunshine State home as of October 2018 – a 53 percent increase since 2005 when the state started reviewing its registry.

Registered sex offenders who are residents only account for 39 percent of all registered offenders in Florida, which number 73,004 in total, according to the December report released by the Office of Program Policy Analysis and Government Accountability. The majority of sex offenders and sexual predators on the state's registry – 43,607 people or about 60 percent – live in other states, are currently in prison or have been deported.

Orange County has the highest number of resident registered sex offenders and predators in the state at 2,299, followed closely by Duval (2,108) and Hillsborough (1,823). In 2017, the Orlando Sentinel reported the greater Orlando area ranked third in the U.S. for the number of reports to the national human trafficking hotline.

The typical registered sex offender in Florida was a white, middle-aged male, accounting for 73 percent of all registered offenders, according to the report.

The report points out that sex offenders in Florida face significant obstacles in finding housing, which can affect recidivism rates.

"Many studies have established that sex offenders who maintain stable employment, housing and family relationships have significantly lower recidivism rates," the report stated. "Sex offenders in Florida face multiple
barriers to housing including residence restrictions, unwelcoming property managers, a lack of affordable housing, and issues with employment and income. These factors may contribute to the growth of sex offender enclave communities and increases in offender transiency."