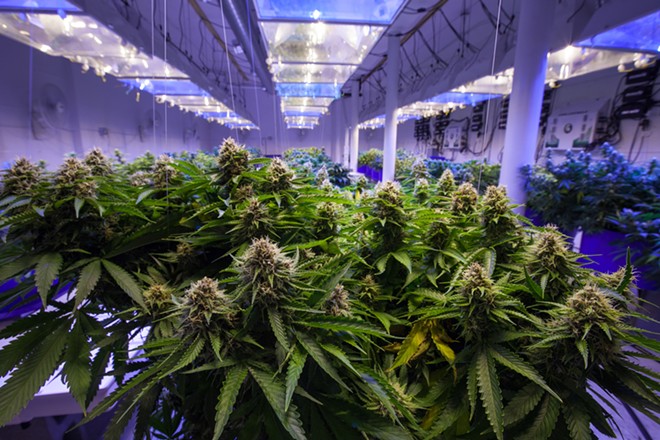 Trulieve will be working with the Colorado-based company Binske, which markets a high-end type of medicine, from French-inspired pâte de fruit candies to fruit leather, honey and olive oil, with a farm-to-table type of aesthetic. According to a news release from Trulieve, the licensing deal grants the company the exclusive right to sell Binske edibles in the Sunshine State, even though Trulieve customers will have to wait for regulatory approvals from the state before they can purchase the edibles.

"When we look for partnerships, our focus is on bringing products to patients that provide relief in a safe, reliable manner. Binske shares Trulieve's dedication to the patients first, focusing on creating products that are high quality, consistent and effective," says Trulieve CEO Kim Rivers in the release. "Their products will be an excellent fit for patients in Florida."

If – or when – patients have access to the products, of course.

Florida's Office of Medical Marijuana Use must still approve Binske's products before they're allowed to hit the shelves. Though edible cannabis products are permitted under state law, the Department of Health has yet to finalize a single regulation pertaining to edible products in the two years following Amendment 2's approval by almost 71 percent of the electorate.

However, with Republican Gov.-elect Ron DeSantis' apparent indifference to continuing some of outgoing Gov. Rick Scott's ongoing legal battles, there's hope on the horizon for Florida's medical marijuana patients in the form of Democratic Agriculture Commissioner-elect Nikki Fried, a former medical cannabis lobbyist who has previously said her team is ready to implement edible rules.

"As the number of medical marijuana patients in Florida rises, we look forward to help bring diverse products to provide our patients with the medicine they need," Fried said, according to the Tampa Bay Times.

Trulieve currently operates 23 of the state's 83 medical cannabis dispensaries and sells more than two-thirds of medical marijuana sold statewide, according to the Florida Department of Health.