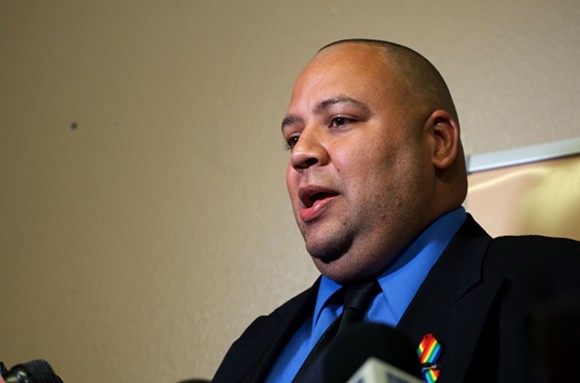 A Pulse first responder who has struggled with severe post-traumatic stress disorder since the 2016 mass shooting was finally granted disability benefits after initially being denied.

WMFE 90.7 reports former Eatonville Police Cpl. Omar Delgado was granted benefits Thursday after a vote in favor of the motion from the Eatonville Police Pension Board. Last year, the pension board denied Delgado his benefits because "medical records 'failed to establish by the greater weight of the evidence' that Delgado was permanently disabled," according to the Orlando Sentinel.

Delgado was one of the first officers to respond to the mass shooting at the gay nightclub on June 12, 2016. He was hailed as a hero for entering Pulse as a gunman killed 49 people and saving the life of shooting survivor Angel Colón.

Months after Pulse, Delgado said he had constant nightmares about what happened inside the club and was triggered by certain sights and sounds.

"It's the same thing, every single night since June 12," Delgado told Orlando Weekly last January. "It's a flashback. I wake up in the middle of the night yelling and screaming. I mean – my kids have heard me. How do you stop that? It's something I can't control."

After being put on light-desk duty, the former corporal said his superior officer told him he was being let go in December 2017 because of Delgado's "emotional disturbed state and PTSD." Eatonville officials maintain Delgado was let go after an internal investigation found he told a woman during a traffic stop that he was "emotionally disturbed."

WMFE reports Delgado will receive 42 percent of his former $38,500 salary.