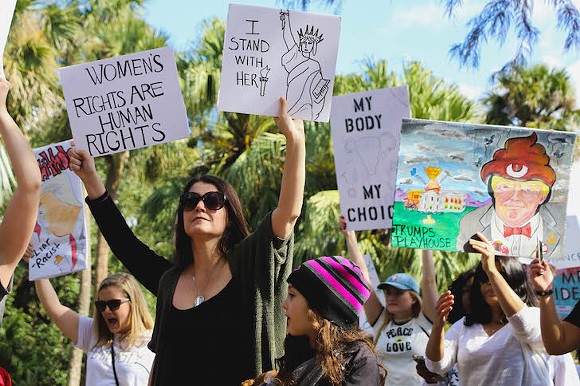 In commemoration of the largest political protest in recent U.S. history, thousands will gather at Lake Eola in downtown Orlando for the third anniversary of the Women's March.

"In January 2017 we made history when the women's movement took the world by storm with 576 solidarity marches across every state and every country. We shouted that we would NOT be silent anymore!" says the event page. "We marched, we acted and now we are speaking truth to power! Join us in Orlando, Florida on January 19, 2019 with our sister chapters from across the state, as we celebrate YOU, the women and femmes who won and who lead the grass roots efforts to make this all possible!!"

A full day of activities are planned, including yoga, music and food trucks. Follow the Facebook event for more info.