So what if I have a rare strain of killer herpes 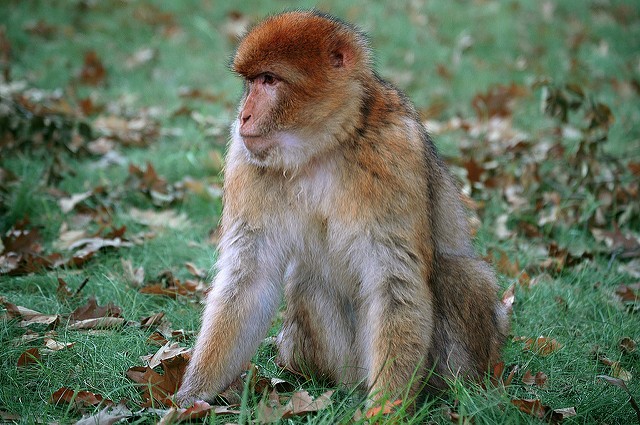 As a monkey, one of hundreds currently living in Silver Springs State Park, I'd like to ask you to please stop referring to me as "just another monkey with a rare strain of deadly herpes."

I'm a feral monkey, damn it.

More specifically, I'm a rhesus macaque. I'm not originally from here. I'm actually from Southeast Asia. But many years ago, my people were brought to Florida not by choice, but for some failed jungle boat attraction.

We were brought here for Colonel Tooey's Jungle Cruise, who purchased several of my ancestors and kept them on a man-made island to enhance his old-timey wooden boat ride. Well, we learned how to swim, and we began to explore the nearby forests. Eventually, when the ride closed and the crowds were gone, we were left to our own devices. Naked. Alone. Afraid. Just a band of feral monkeys trying to eke out a living in the Florida frontier.

And we've done quite well for ourselves out here in the woods.

In fact, by some estimates we are on the verge of doubling our population. Quite a feat for a group of monkeys with herpes B and a penchant for throwing turds.

Actually, only 25 percent of my brethren carry herpes. So, please don't generalize. Judge us by our actions, not our STDs.

Does herpes B cause severe brain damage in humans or even death if not treated immediately? Yes. Has there ever been a known transmission of herpes B from a wild rhesus macaque to a human? No. Does that mean you should ever approach me or any of my monkey friends? Also no.

But we will visit you.

Oh yeah, that's a monkey guarantee. Like when one of our kind stopped by The Villages, or when one of my guys ran around in Apopka. We love to explore.

So, please. We're not just a furry vehicle for herpes. We're feral monkeys, and we're not going anywhere.