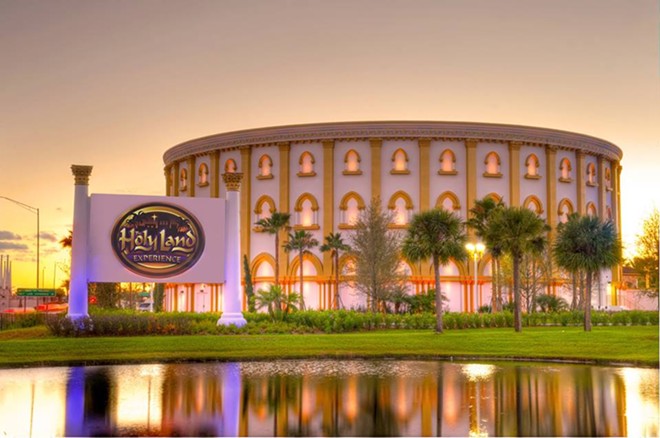 Holy Land Experience, the Orlando-based amusement park that doesn't pay taxes because of a highly questionable loophole, will host its state-mandated free admission day at the end of the month.

Typically admission is $50, but on Jan. 31 the Holy Land Experience, which is owned by the Trinity Broadcasting Network, will be free on a first-come, first-admitted basis.

Though some years there are multiple free days, the Holy Land Experience must have at least one per year to qualify for a 2006 law (signed by former Gov. Jeb Bush) that says that the theme park is exempt from paying any property tax because they display biblical artifacts.

Since 2006, it's estimated that the amusement park has dodged at least $2.2 million in property taxes.

The park only can hold roughly 2,000 people, so if you really want to play some putt-putt around the body of Christ, you better wake up early.

Go get your tax dollars' worth, folks.