Fringe Winter Mini-Fest reviews: 'Spare the Rod' and 'Heart Attacks and Other Blessings'

Orlando’s semi-annual cold snap is back, and with it comes the return of the Orlando Fringe Winter Mini-Fest, which opened last night and continues through Sunday at the Shakes. The lineup for the event includes encores of some of the best shows from last year’s festival, plus nine shows that have never been seen before locally.

Here are reviews of two of the new productions that debuted last night; look for more Orlando Fringe Winter Mini-Fest reviews over the weekend, and find a roundup of the event in next week’s Live Active Cultures column. 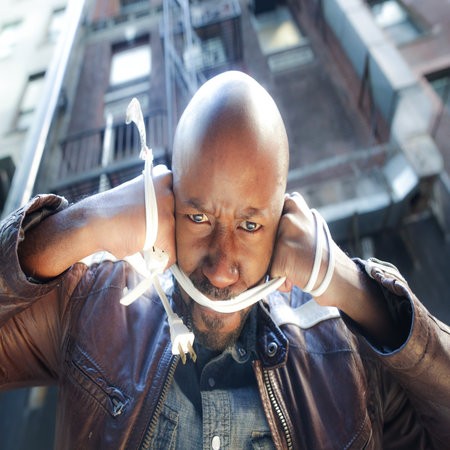 The national tour of Hamilton opens here in a week and a half, but if you couldn’t get ticket for that mega-hyped show, Paris Crayton III is here to prove that you don’t need to be a Founding Father to find fertile material for a rap musical in your fraught upbringing. Paris was a precocious youngster, obsessed with performing from an early age. But rather than encourage him, his mother tormented him worse than any imaginary monster hiding in his closet, while his adored absentee father drifted further away.

The broad outlines of Crayton’s autobiography aren’t unusual for a confessional Fringe show, but it’s the specifics of his performance that make it exceptional: the electricity in his hyperactive body as he plays Nintendo, the mirthful yet merciless way he impersonates the authority figures who failed him, and especially the breathless delivery of dense beats in the songs and spoken-word poetry that breaks up his monologue.

Crayton bares all onstage – literally and emotionally – and the unsparing details of child abuse and animal torture are almost impossible to bear. But by the end, he leaves us hopeful that he’s torn down the wall that stood between him and his identity, finding forgiveness on the other side by breaking the cycle of abuse. I’m not sure I’d be brave enough to do the same, but it’s impossible not to be moved by Crayton’s quest.
Last performance is Saturday, Jan. 12, at 5 p.m. Buy tickets here.

It would be easy to assume that Chase Padgett, the former Orlando resident who scored big hits with 6 Guitars and Nashville Hurricane before scoring a sweet cruise ship gig, leads a charmed life. But his latest solo musical strips away his previous persona of stoned ironic detachment, instead unveiling a deeply personal story of how he survived an oceanic cardiac arrest at age 34.

Padgett’s shaggy-dog story about how he achieved sobriety after nearly dying aboard a Disney boat begins in a New Orleans voodoo show, and meanders around the hemisphere before ending in Edmonton with a heartwarming matrimonial invitation. Obviously, this isn’t your ordinary 12-step tale, with its catchy ode to pot-fueled procrastination and witty observations on post-breakup practicalities. (Why isn’t there a Sad IKEA for newly single people who need all new stuff?)

The show's tone steadily shifts from snappy stand-up to inspirational self-help, and while Chase’s clear-eyed intensity has that touch of evangelism common to the newly sober, his command of the stage and musicianship haven't lost a step. Thursday’s opening was the first time he’d ever performed the piece, and it clearly isn’t as polished yet as his earlier works. But despite some uneven pacing and an offhand ending, Heart Attacks & Other Blessings is essential viewing for those who have followed Padgett’s career and rooted for his hard-won happiness.
Last performance is Sunday, Jan. 13, at 2 p.m. Buy tickets here.