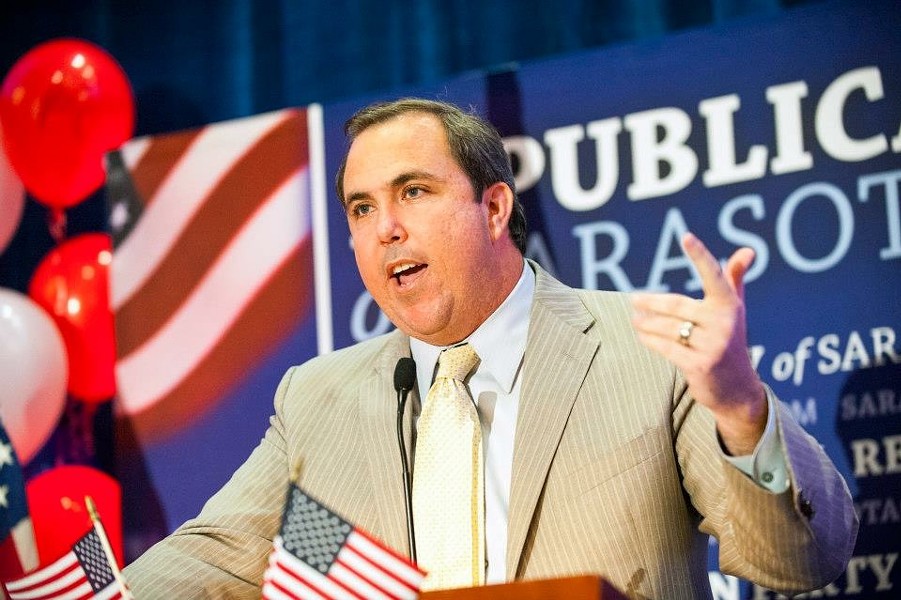 Entering an election cycle in which Florida will again be a key battleground in the race for the White House, state Sen. Joe Gruters of Sarasota was chosen Saturday to lead the Republican Party of Florida.

Gruters, who defeated Charlotte County State Committeeman Bob Starr in a 192-25 vote at the party’s annual meeting in Orlando, will replace Blaise Ingoglia, a House member from Spring Hill who has served as chairman of the state party since 2015.

In a statement released after the vote, Gruters said he will work with county party officials and local elected officials heading into the 2020 elections, as President Donald Trump is expected to run for a second term. He also pointed to helping Gov. Ron DeSantis, who took office Tuesday.

“Our party is in a battle for the soul of America, and Florida will be critical heading into the next election cycle,” Gruters said. “I anticipate working with Governor DeSantis to push his bold agenda forward for our great state, securing another term for our President Donald J. Trump and making Florida red again.”

Gruters, a certified public accountant and longtime leader of the Sarasota County Republican Party, was elected to the Senate in November after serving two years in the House. Because he technically won a special election to replace former Sen. Greg Steube, who ran for Congress in November, Gruters will be on the ballot in 2020 for another term in the Senate.

But the 2020 elections will be dominated by the presidential race, as swing-state Florida will be a focus for Republicans and Democrats. Gruters served as a co-chairman of the Trump campaign in Florida in 2016.

The 2020 ballot is not expected to include other statewide races, as the next campaigns for governor, Cabinet offices and a U.S. Senate seat are not slated to occur until 2020.

But Gruters will preside over the party during an election cycle that will be important for the state Legislature, in part because the winners in 2020 will direct the once-a-decade redistricting process. The GOP, which has totally controlled the Legislature since 1996, is almost a sure bet to retain control of the Republican-dominated House in 2020, but it holds a narrower 23-17 edge in the Senate.

The most-notable win for Democrats was Nikki Fried’s victory in the race for agriculture commissioner. That victory put a Democrat on the state Cabinet for the first time in eight years.