After years of speculation, Disney World's last remaining nightclub might finally be closing 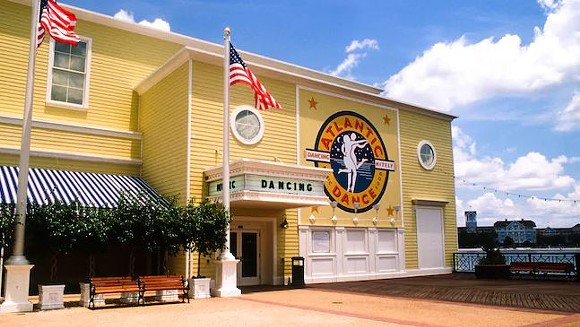 With the Rix Lounge at Coronado Springs becoming a full-service restaurant and the still sorely missed Pleasure Island district all but a distant memory, the final nightclub at Walt Disney World is the often-overlooked Atlantic Dance Hall.

This large club, also known as the Atlantic Dance Club, has been a staple of the Boardwalk Resort since it opened in 1996.

Over the years nearly every other aspect of the Boardwalk’s quarter-mile-long commercial strip has seen updates, but the Atlantic Dance Hall sits nearly untouched. In 2008, when Pleasure Island’s closure happened, rumors ran rampant of Atlantic Dance Hall also closing. However, it remained open. Five years ago, reports of its closing heated up again, but proved to be false. Now the rumors are back, and this time they’re looking much more real.

Famed nightclub enthusiast King Bob is reporting on his Save Pleasure Island blog that the Atlantic Dance Hall may close this year.

According to King Bob, multiple sources have confirmed that there is internal talk at Walt Disney World of an upcoming change slated for the Atlantic Dance Hall. If the Save Pleasure Island blog rumor is correct, Disney has finally ended a longstanding contract with the Swan and Dolphin hotels that require a nightclub near those third-party hotels. The Swan and Dolphin serve a large convention crowd, who desire evening entertainment such as nightclubs. The contract was supposedly set to expire in 2014, but was extended through 2018. This would give credence to the previous rumors regarding the closing, since they seemed to line up with this timeline.

This non-public contract was the focus of many discussions after the closure of Pleasure Island, when Atlantic Dance Club became the only Disney-operated nightclub on WDW property. The update to the contract might’ve been part of the discussions surrounding the new hotel tower that the Swan and Dolphin announced last year. That 350-room hotel tower will include multiple lounges and dining options along with the ones in the two pre-existing hotels, all of which have been updated in recent years.

If the current speculation is correct, the Atlantic Dance Hall will remain as a special events space after some remodeling and a possible rebranding. It’s no secret that the club, which Disney rarely advertised or promoted, got small crowds most nights.

With the nightclub closed, the venue could also now be marketed as a convention space. An expansion of the nearby convention center at the Yacht and Beach Club wrapped up just a few months ago.

Disney is supposedly hoping to shift more conventions to this Epcot resort area and away from the convention centers near the Magic Kingdom, where the property would be better suited as new timeshare or hotel rooms. There are multiple rumors claiming Disney will close the convention centers at the Grand Floridian and the Contemporary resorts in the coming years, with a new hotel or timeshare units replacing them.

Disney is also reportedly considering using the theaters at Hollywood Studios for special events less in the future. One of the more popular spaces within that park, the Great Movie Ride sets, were removed last year ahead of a new Mickey Mouse-themed attraction that will open this year. Another favorite venue space, the Universe of Energy in Epcot, was also closed. Neither of the new attractions will likely offer the after-hours events space the previous attractions were able to provide. The Atlantic Dance Hall venue could be a nearby alternative for groups who had previously used those spaces for special events.

As of now, Disney has yet to confirm any updates headed to the Atlantic Dance Hall or any changes in the rental availability of the space.