Disney just made their timeshare program a lot less appealing

Disney’s timeshare division, Disney Vacation Club, has seen incredible growth since it first began in 1991. By the mid-2000s, the Disney timeshare division had become the highest-rated in the world, with one of the most robust resale markets ever seen in the industry.

One of the most appealing aspects of DVC was that resale market, where owners could sell their contracts at some of the highest rates for any timeshare. Disney has long denied resale customers access to using their points for things like non-DVC hotel rooms, cruise ship tickets, or other items that DVC owners who purchase directly through Disney have access to, but that hasn't stopped the DVC resale business from booming.

In 2016, Disney made its first dramatic moves into discouraging purchases via the resale market when they stopped offering the Membership Extras to those who purchase DVC via resale. These extra perks include special events, discounts at Disney stores and resorts, and various other benefits. Then last year, Disney again refined the Membership Extras requirements.

Now, Disney is cracking down on the resale market in ways that may cause many to question the value of purchasing via resale.

The Disney Vacation Club website explained the changes in an announcement posted on the member portal Jan. 7:

“Effective January 19, 2019, only Members who purchase directly from Disney will be able to use their Vacation Points at the 14 existing Disney Vacation Club Resorts or future Resorts—such as Disney’s Riviera Resort or Reflections – A Disney Lakeside Lodge. Resale contracts purchased for the existing 14 Disney Vacation Club Resorts will only be able to exchange Points into those 14 Resorts.

This change does not apply to contracts purchased prior to January 19, 2019. Contracts gifted to family members will continue to have the same Resort access as before the ownership transfer.


As Nick Cotton of DVCResaleMarket.com points out, the new restrictions may dramatically lower the appeal and therefore resale value of DVC contracts, likely pushing more people to purchase directly from Disney.

This assumed lower resale value may also mean owners looking to sell their contracts will struggle to sell them for what they owe, which may in turn increase the number of contracts that are foreclosed upon. That, along with a possible increase in those opting for the buyback route instead of selling their contracts via a third party, means Disney could see significant increases in the number of contracts that return to the company. This would give Disney the ability to sell more full contracts long-term. 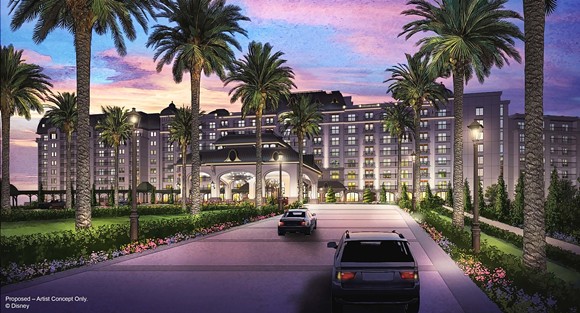 Cotton also notes that the new restrictions may mean an increase in unreserved rooms. This would create more rooms Disney could then rent itself. Disney is able to rent DVC units to non-DVC members if a unit has not been reserved at least 60 days prior.

Switching resorts from traditional hotels to DVC has been one of the tricks Disney has used for years to keep its hotel occupancy rates well above the industry standards. The potential increase in DVC unit availability that Cotton has theorized would mean Disney could put the massive crowds expected in the coming years in unreserved DVC units, allowing the company to not invest in new hotels, which could possibly lower occupancy rates long-term after the crowds expected over the five or so years decrease.

The rules may also force some DVC owners to vacation at non-WDW DVC resorts if they want to get full use of their contracts.

With the only new DVC resorts announced in Orlando, and with the non-WDW timeshare resorts not nearly as popular, it’s no surprise that Disney would seek ways to increase their DVC unit availability at WDW while also trying to push DVC members to their -WDW resorts.

In the end, the new rules will hurt more than anyone those most dedicated to the Disney brand. While those who buy direct through Disney won't be affected, these new restrictions do greatly reduce the resale value of DVC contracts, especially contracts for any of the future resorts. DVC is made up by fans who spend tens of thousands of dollars to ensure that they will vacation with the company for decades to come. The changes mean these fans now might not be able to escape the contracts they made with Disney instead forcing foreclosure or buybacks that won't cover the full amount of what the customers owe. As David Mumpower of Theme Park Tourist so accurately summed up the changes: “Every couple of years, The Walt Disney Company seems to target its most loyal customers. They modify the rules of the Disney Vacation Club (DVC) to reduce the program’s value even more. It’s a befuddling practice…”