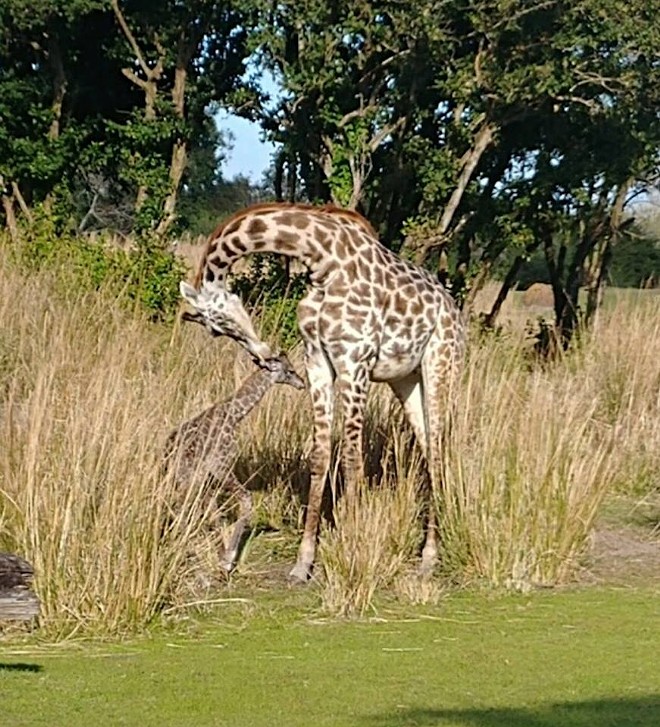 This Monday, some Disney guests riding the Kilimanjaro Safari Savannah attraction in Animal Kingdom saw, Mara, one of the Masai giraffes, go into labor.

The driver of the safari trucks slowed down their vehicles so that riders could capture the event with their phones.

Giraffe being born in Disney pic.twitter.com/hfP1AbOo6Y

Kilimanjaro safaris was temporarily closed while the giraffe gave birth to her six-foot tall calf at around 2 p.m. It's still unknown whether the baby giraffe is male or female.