What happens when all stages on the 1000 block of Mills Ave. are lit up

In both my first experience at Grumpy’s Underground Lounge last summer and my new venue recap at the end of the year, I noted the connective potential of the new spot as a next-door neighbor to colorful scene incubator Uncle Lou’s and another link on the crucial live music chain of Mills Avenue. Well, this recent night was a prime glimpse of what this strip looks like when all stages on the illustrious 1000 block are lit up.

Walking past the Will’s Pub complex, a buzzing crowd overflowed onto all the outside patios for the big Tim Barry and Cory Branan concert. With their own separate shows happening side by side, the street-side patios of Grumpy’s and Uncle Lou’s felt like a blended sidewalk party unto itself. Oh look, actual street life in Orlando. It’s real, it just needs spots to flourish. And this was a night to take advantage of the density and variety of nightlife action that’s now possible on this stretch.

Beginning at Grumpy’s were Red Rodeo, a new local band that features Wet Nurse’s Nina Chaplin on drums. They’re raw, tough and full-tilt. And they’re looking to upend the patriarchy. This is the sound and face of punk rock at its timeliest.

Next door at Lou’s, Michigan’s She/Her/Hers put up their own confrontation to the old guard, albeit in more dulcet ways. 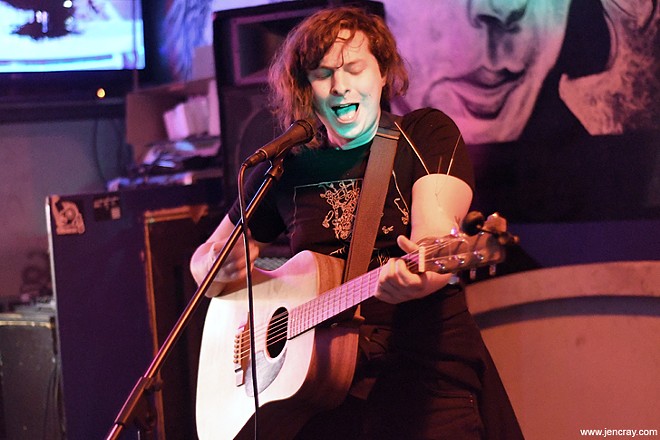 Although this vehicle for Emma Grrrl deals in pop- and folk-punk, it too defies the usual expectations of those subgenres and even punk music in general. Her music is tender and beautiful in unexpected ways with trumpet flourishes and some piano songs. 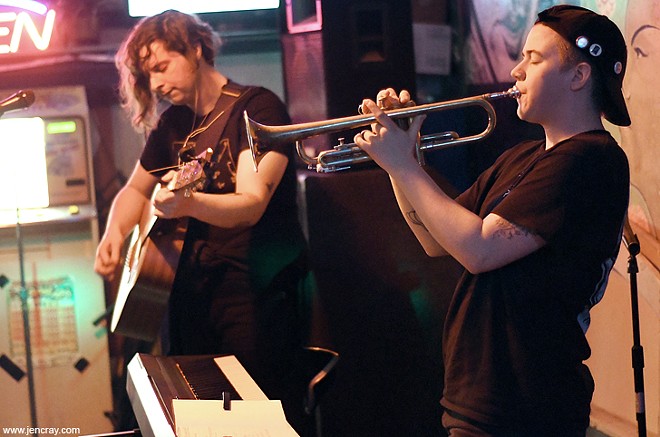 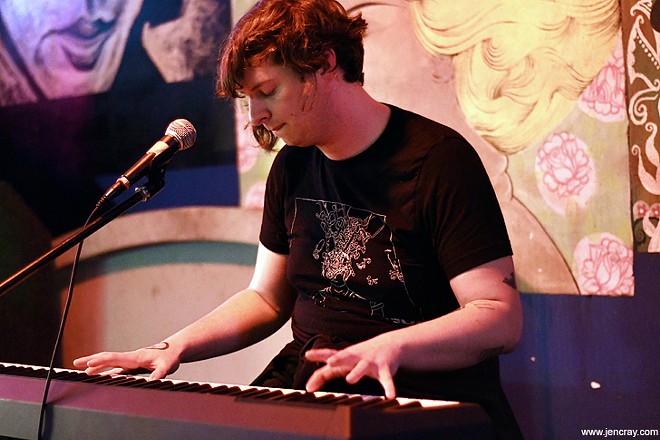 But don’t mistake the lyrical and expressive vulnerability – She/Her/Hers is an open defiance to the masculine, heteronormative paradigm. Power to that.

Following was DeLand’s Bryan Raymond. With a résumé heavy with sterling metal credits like Junior Bruce and Hope and Suicide, the direction of his solo work is a Steve Von Till-like turn. Raymond’s loner folk songs are stripped and direct, and mine soul from life’s personal struggles. Although his unique case involves very real brushes with mortality, the vein is universal when he traces his scars both external and internal with plain honesty.

The sentiments are intimate to anyone who’s ever been through some shit but are particularly resonant if you know where he’s come from personally. When this guy sings about the small but essential blessings in life, it’s coming from some serious perspective. It’s a miracle that Bryan Raymond’s alive, let alone playing music again. And his new solo material reflects that journey without varnish or affectation. 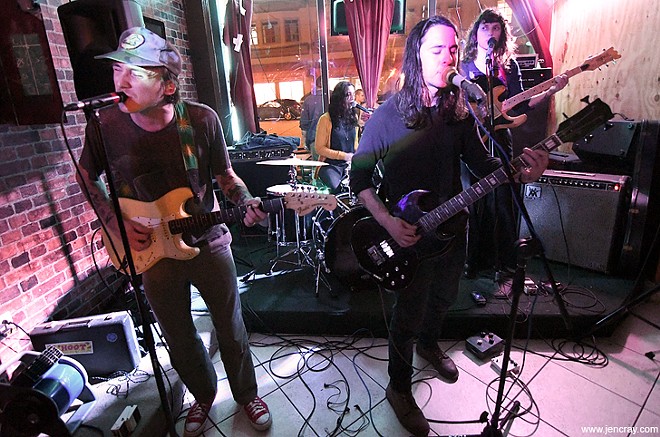 Back over at Grumpy’s, the opposite end of the sonic spectrum was being pushed by Atlanta’s Solar Flower, a very heavy psych band that rocks with the girth and tonnage of metal.

A small, makeshift music venue like this wasn’t the optimum setup for the full breadth of their gigantic sound, but just the height and crush of those ten-ton riffs were testament enough to know that this young band is to be taken seriously. Spin their brand-new album You Are and you’ll hear one of the most promising heavy psych bands to come along in some time.

Blowing the lid off the night was Karborätor, an Orlando band whose overdriven, road-scorching convergence of hardcore and metal makes Motörhead sound friendly by comparison. Live, they’re a grimy blast of maximum petrol punk.

As I’ve noted before, Grumpy’s events calendar is anything but full-time, so this synergy and mix won’t happen every night. But the allure of nightlife on Mills magnifies each time it does.