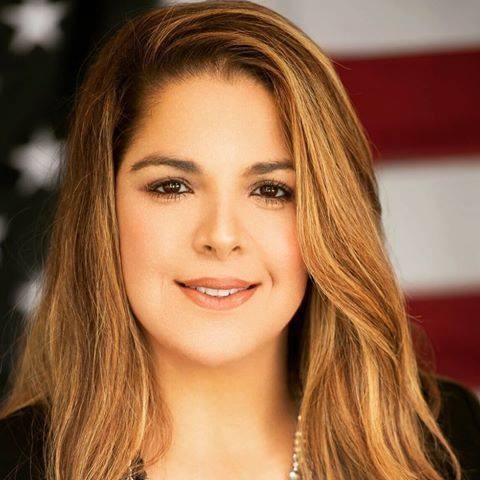 A South Florida commissioner has come under fire after saying that U.S. Rep. Rashida Tlaib, a Muslim congresswoman from Michigan, might "blow up Capitol Hill."

The South Florida Sun Sentinel reports Hallandale Commissioner Anabelle Lima-Taub made the comments on Facebook Jan. 8 after signing a petition to remove Tlaib from office. Hours after being sworn in on Jan. 3, Tlaib said, "We're gonna go in there, and we're gonna impeach the motherfucker" about President Donald Trump.

The petition Lima-Taub signed called for Tlaib's removal due to "her rude display and lack of respect for our sitting president."

"Proudly signed," Lima-Taub wrote when she shared the petition on Facebook. "A Hamas-loving anti-Semite has NO place in government! She is a danger and [I] would not put it past her to become a martyr and blow up Capitol Hill."

Lima-Taub has since deleted the original post, but on another Facebook page, the commissioner said she was "offended by anyone who is NOT OFFENDED by Rashida [Tlaib's] hateful rhetoric and pro-BDS and other radical dangerous views calling for the obliteration of Israel." Lima-Taub, who is Jewish, was born in Israel and raised in New York, according to her commissioner biography. Tlaib is the first Palestinian American to serve in Congress, according to the New York Times.

"After watching disturbing videos of Rashida [Tlaib's] anti-Semitic rhetoric aligned with some of the most radical narrative in the Middle East, and seeing her unapologetic arrogance in calling the POTUS a motherfucker (whether you hate his policies or not – any elected official should afford the President some basic respect)," Lima-Taub wrote. "This country affords her the right to freedom-of-speech, and I remain unapologetic for my views that she is a danger to the peace process and demand an apology of her for re-labeling Israel as Palestine on a map hanging on her wall in her congressional office."

This sort of hateful anti-Muslim rhetoric doesn’t happen in a vacuum - this President embraced it and Republicans have happily gone along with it.https://t.co/3THoHQmRVy


Muslim advocates have also condemned Lima-Taub's comments and called on her to resign.

"Holding a public office comes with great responsibilities," said Wilfredo Ruiz, a spokesperson for the Council on American-Islamic Relations in Florida. "Xenophobic stereotypes shall not be embraced by any elected official. CAIR-Florida strongly condemns the disgraceful racist and Islamophobic statements published by Commissioner [Anabelle] Lima-Taub. Her un-American, xenophobic statements establish that she is unfit to hold the commissioner’s seat. She must apologize immediately and follow up with her resignation."

Email us at [email protected]om.