Israel's moon rover touches down in Orlando ahead of February launch 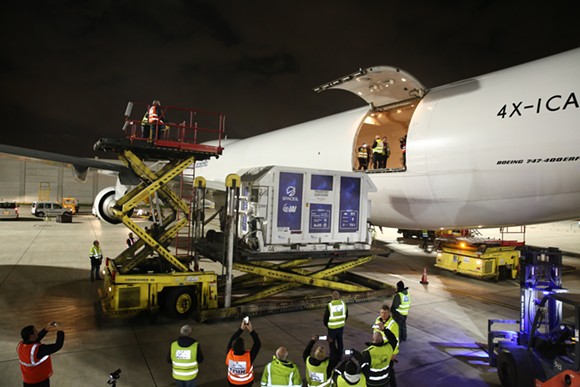 Israel is less than a month away from lofting its first rover to the moon from a Cape Canaveral launchpad. Today, ahead of SpaceX's double-payload mission in February, the little lunar lander named "Beresheet" arrived at the Orlando International Airport after an eight-hour flight from Israel.

"Shipping the spacecraft to the United States is the first stage of a complicated and historic journey to the moon," SpaceIL CEO Ido Anteby said in a press release.

Currently, Beresheet is quarantined in a custom-built, air conditioned shipping container in Orlando. The dishwasher-sized spacecraft will be carefully trucked to a payload processing facility in Cape Canaveral.

.@TeamSpaceIL's lunar lander arrived in Orlando this morning ahead of its mid-February launch on a Falcon 9 from Cape Canaveral. pic.twitter.com/BegkIN4AwC


"The transporting of Beresheet is a unique challenge since this is a once-in-a-lifetime mission and there is no backup plan – this spacecraft must arrive safely," Eyal Shitrit, Director of Logistics for Israeli Aerospace Industries, said.

SpaceIL, an Israel-based non-profit, and Israeli Aerospace Industries, a state-owned aerospace manufacturer, began working on Beresheet in 2013 with hopes to score a chunk of the $30 million from Google's Lunar X prize, a space competition that ended in early 2018 with no winner.

But SpaceIL persisted, scraping together funds and donations from wealthy figures like casino magnate and Republican mega-donor Sheldon Adelson. The non-profit neared bankruptcy in 2017 trying to land its final chunks of funding for Beresheet. 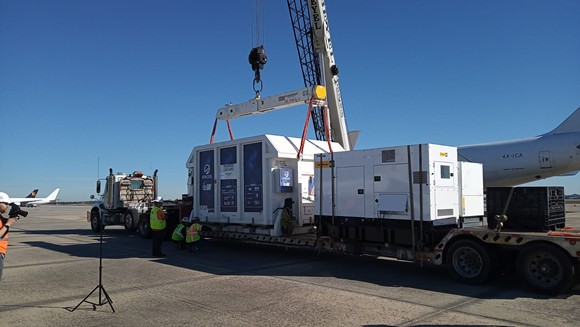 Speaking of The Big Cheese: Don't miss this Sunday's Wolf Moon. It'll be a blood moon, so you must refer to it as the Super Blood Wolf Moon.