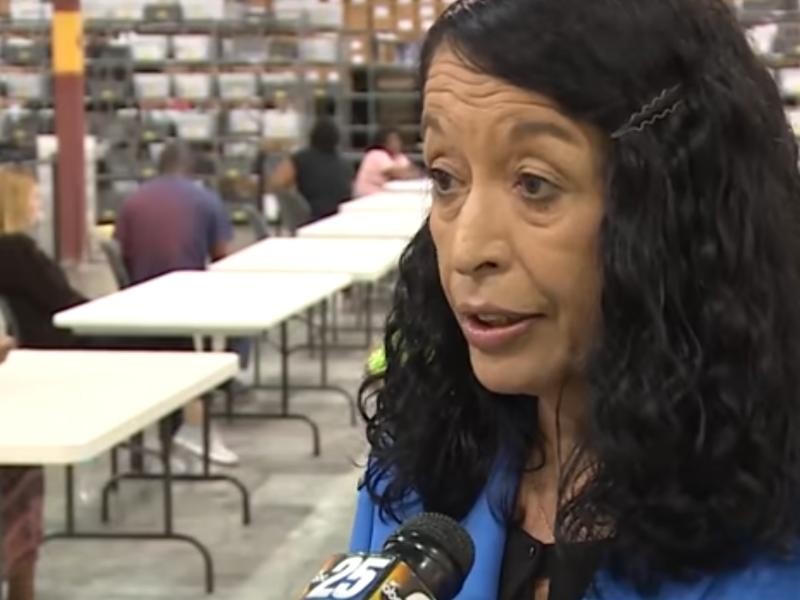 In his executive order, DeSantis cited a litany of problems with Bucher’s office, such as failing to complete a machine recount of three statewide contests, including the U.S. Senate and governor’s races, by the legal deadline. He also said Bucher’s office violated state law in handling damaged ballots, reporting vote totals and providing ballots to the canvassing board.

DeSantis said Palm Beach did not complete its recounts in all of the highly contested state races, which also included the race for state agriculture commissioner, until 50 days after the Nov. 6 general election.

“So that an election that happened the week after Halloween, you ended up not having the recount until after Christmas. … Palm Beach County stands alone in that level of ineptitude. They have truly been the Keystone Cops of elective administration,” DeSantis said at press conference in West Palm Beach.

DeSantis based his decision on a letter from newly appointed Secretary of State Michael Ertel, a former Seminole County elections supervisor, that outlined a long series of issues with Bucher’s office, including placing a voting precinct in a gated community and a failure to address issues with aging voting machines used by the county.

“The 2018 election performance of Palm Beach County’s elections office aren’t miscues, mistakes or glitches, but a systemic issue, which has been in place for years, and barring changes, there seems to be no relief for 2019 and beyond,” Ertel wrote in recommending Bucher’s suspension.

A former Democratic state House member, Bucher has been the Palm Beach elections supervisor since January 2009.

DeSantis, a Republican, appointed Wendy Link, a West Palm Beach attorney and a member of the state Board of Governors, to replace Bucher.

“Over the next two years I’m going to focus on conducting open, fair and accurate elections for the citizens of our county,” Link said. She said she would not seek election to the post when her term ends after the 2020 elections.

“She is going to right the ship, run a smooth election in 2020 and then return to the private sector,” DeSantis said.

Although she has more than 25 years of legal experience and has served on numerous boards and commissions, Link does not have any direct experience in conducting elections.

“I have a lot to learn and I’m ready to get started,” she said.

Bucher was not immediately available for comment. WPTV, a West Palm Beach television station, reported that Bucher planned to talk to an attorney and would challenge DeSantis’ suspension order.

“Removing Democrats from elected positions, including Susan Bucher, should be seen for what it is, a gross overreach and a politically motivated move to consolidate power and obstruct the will of the people,” Rizzo said in a statement.

But DeSantis said the problems of the 2018 general election were limited to a few counties, like Palm Beach and Broward, and it “tarnished” the national image of the entire state.

He said his goal is to have a smoother election in 2020, when Florida and the rest of the nation will decide a presidential race.

“But we cannot have another circus,” DeSantis said.

DeSantis’ action replaces a prior order issued by former Gov. Rick Scott, who suspended Snipes after she resigned and appointed longtime ally Peter Antonacci in her place.

DeSantis said his new order will end litigation between Snipes and the state over her suspension.

DeSantis on Friday also appointed Chris Anderson as the new Seminole County elections supervisor, filling the vacancy created when Ertel was appointed as the new secretary of state. Anderson is a U.S. Army veteran who served in Afghanistan and most recently served as the chief investigations officer in the Seminole County Tax Collector’s Office.