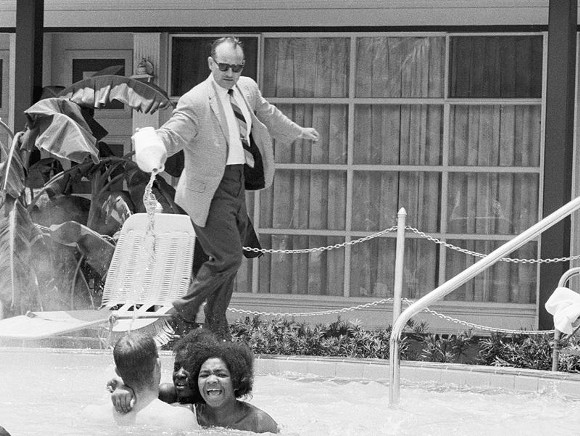 The U.S. Civil Rights Trail is a group of destinations significant to the fight for civil rights in America, mapped out so visitors can easily plan trips to pay respects. More than 100 sites in 15 states are included but until this week, none in Florida. That changed today, when tourism bureau Visit Florida announced that five places in Florida have joined the trail.

It's worth doing some reading of your own about these places, as the descriptions listed on the Visit Florida site (quoted below) are so carefully inoffensive that it's hard to tell why they're even significant. For instance, the St. Augustine location, No. 4 on the list below; you can see the tourist board description below, but here's the real story:

On June 11, 1964, Dr. Martin Luther King Jr. was arrested and jailed overnight for attempting to enter the restaurant at the Monson Motor Lodge in St. Augustine. After a week of protest, activists – some black, some white – jumped into the whites-only pool at the motel. The motel owner responded by pouring muriatic acid into the still-occupied water, photos of which were spread around the world. The Senate passed the Civil Rights Act the day after the jump-in, June 19, 1964.

No shade intended. We know Visit Florida has to keep it neutral, though this seems a bit extreme, if you can call neutrality extreme. Regardless, it's a big coup to have these five locations added to the Civil Rights Trail, and all of them are more than worthy of your time and attention.