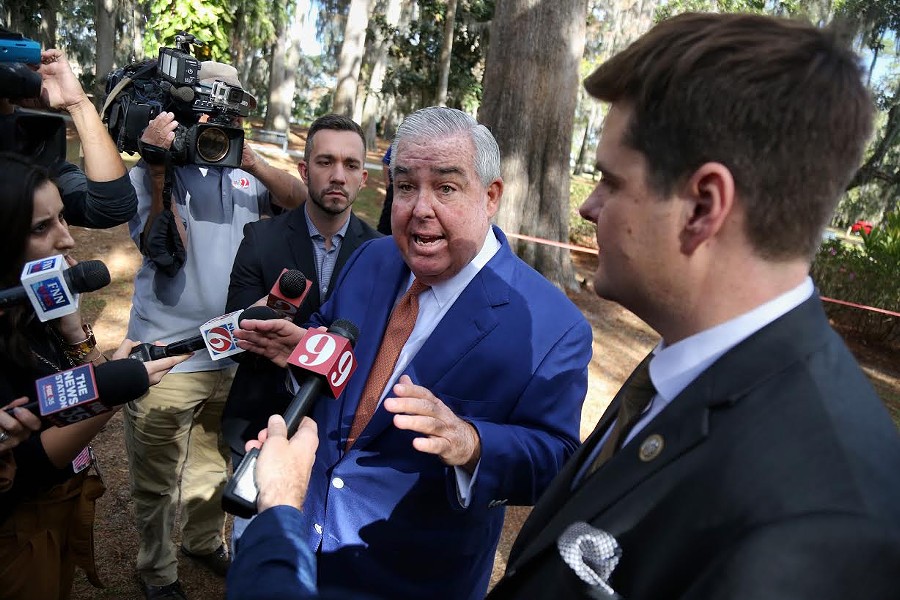 Arguing that Florida's middle class is getting squeezed out, Orlando attorney John Morgan announced his ballot initiative to raise the state's minimum wage to $15 an hour.

"There's nothing more profitable than slave labor," said Morgan at a press conference Tuesday morning while announcing his Fight For 15 initiative. Morgan hopes to place the wage issue on the 2020 ballot as a constitutional amendment.

"This is actually a conservative idea, and I'll tell you why," said Morgan. "Right now the government is subsidizing so many people with government aid, food stamps, vouchers, daycare. That should be on the business community."

"Our belief is that the single greatest issue facing America and Florida today is a living wage. That people are working harder and harder and getting further and further behind. That the rich are getting richer and the middle class is sinking into the abyss."

Morgan says over the last year his employees have collected more than 120,000 signatures, which is well over the requirement of 70,000 signatures, and that this week they'll be mailing those signatures and the ballot initiative to the state supreme court.

Related John Morgan is pushing for a $15 minimum wage in Florida, but some employees at his companies make less

John Morgan is pushing for a $15 minimum wage in Florida, but some employees at his companies make less
By Colin Wolf
Blogs

In November of 2017, Morgan was criticized by Orlando Weekly for advocating for a statewide minimum wage increase to $15, but not paying his own employees that amount. Last month, the 62-year-old who famously bankrolled Florida's push for medical marijuana in 2016 announced that he will be increasing the starting pay at his own law firm, Morgan & Morgan, to $15 an hour in 2019.