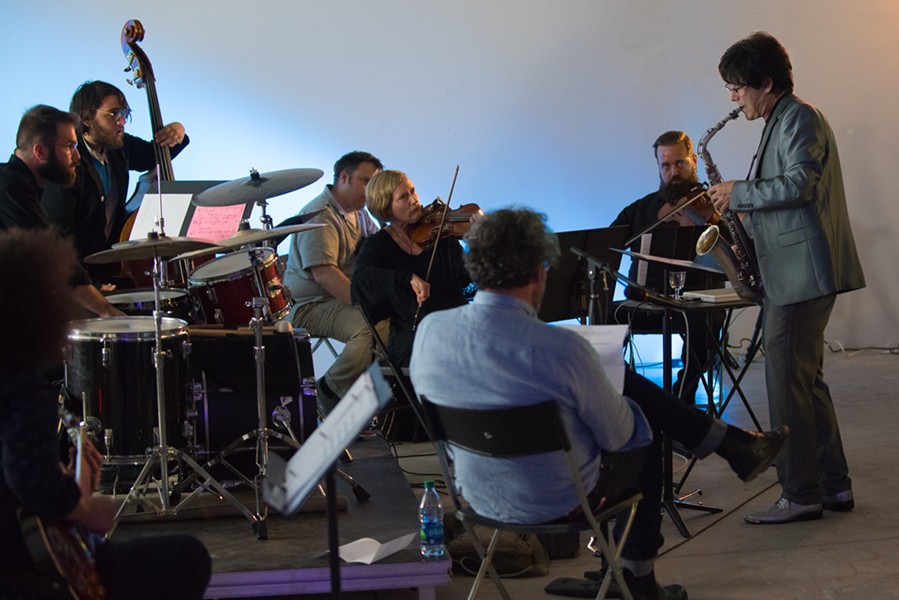 Welcome to Orlando Weekly's "Band of the Week." Every week, we highlight one of our favorite local bands. This week, we're pleased to bring you Jim Ivy's Tangled Bell Ensemble.

Currently available releases:
This ensemble has not recorded. There are a number of releases under my name or groups I’ve been in at my Bandcamp site. Sadly, I have not kept up with more recent recordings.

Describe your sound in five words:
The journey is the destination.

What has been your most memorable show so far?
The 2018 Accidental Music Festival marathon.

Which local band is your favorite one to play a show with?
All of our shows, with the exception of the Accidental Music Festival marathon, have been just our shows. Personally, there are tons of bands I like to play shows with in other bands: The Woolly Bushmen, Bubble Boys, Golden Pelicans, The WildTones, for example. There are also newer bands, such as Bongus, that I would love to share a stage with.

What description gets used for your band that you would most like to correct people on? Why?
I couldn’t tell you that, but the best quote I’ve ever received was from an article about our premiere performance from the Orlando Weekly’s Bao Le-Huu: “The local rule is that if Jim Ivy is involved, it’s gonna be weird or smart, often both.”

My main goal of this exploration is to juxtapose seemingly conflicting concepts and approaches, and display them in an aligning way; to show how antagonistic forces and unfamiliarity can create a cooperative friction and become formidable allies.

What’s your favorite thing about being an Orlando band? What's your least favorite? Why?
I love the Orlando music scene. I’ve been around long enough to have seen it ebb and flow a number of times, each time coming back with new, uniquely original musicians and bands. Now, if we could just keep things stable for a few years in a row, it might help it to grow.

Any big news to share?
There are several things in the works with various Orlando groups and collectives, but nothing I can really talk about yet as they are brand new ideas and not quite worked out. Stay tuned, though. There is always something interesting happening.