Downtown Orlando is officially getting a Taco Bell Cantina, which serves booze

A booze-serving Taco Bell is officially coming to downtown Orlando.

According to JLL Brokers, a Taco Bell Cantina has officially signed a deal for a new 2,475-square-foot location in the One South Orange development (1 S. Orange Ave.) in downtown Orlando.

The new Yum Brands-owned Cantina will be moving into the entire bottom floor of the building, which consists of the recently vacated home of Club Ono, which shuttered Jan. 2, the old Ruby's Mediterranean Grill spot, and the recently closed Pita Pit location.

"Our client tasked JLL with finding an exciting, national brand tenant to anchor the ground floor retail of One South Orange Avenue as part of the larger renovation of the project," said JLL’s Davey Brown, who represented the owner in the lease negotiations. "Taco Bell’s new Cantina concept hit the mark as something that connects with the area’s daytime office population, millennial residents and the evening and event traffic that the City of Orlando has worked hard to drive in Downtown." 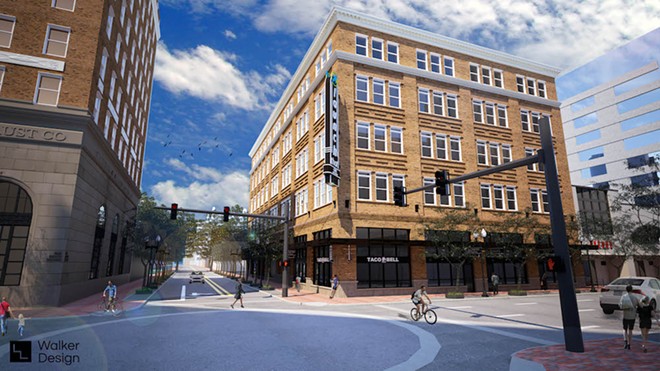 No exact date has been announced for the Cantina, but the new location is expected to open in the fall of 2019.

If you're unfamiliar with Cantinas, the slightly more upscale spot serves beer, wine, vodka, rum, tequila, sangria and frozen drinks, and they don't have drive-through windows. 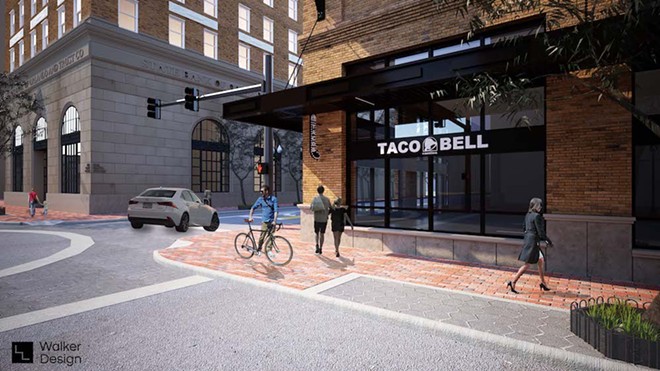 If it sounds like Orlando's taco wars just got worse, it's because it most definitely has. The new Taco Bell Cantina location will be roughly a block or two away from other late-night beer-slinging taco dispensaries like Gringos Locos, Wall Street Cantina, Fuzzy's Taco Shop, Tin & Taco, Pepe's Cantina, and Chela Tequila & Tacos.

But yeah, there's always room for one more taco challenger.