Diplo once stole records from WPRK, so a Rollins student ate a picture of him every day until he admitted it 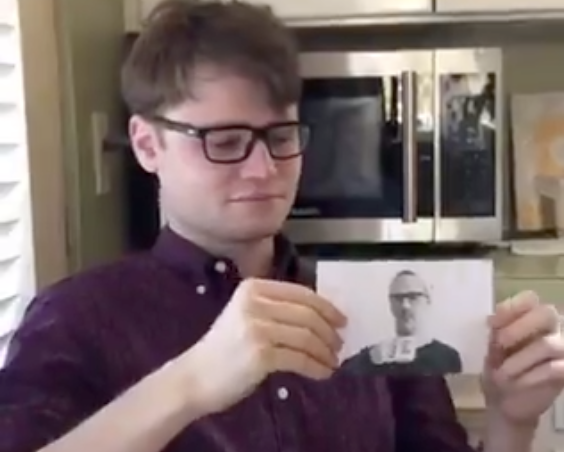 Sometimes the only way to win is to eat your opponent's face.

That's what WPRK programming director and Rollins College student Colin Brant learned this week when he finally forced dirtbag EDM godling Diplo to admit that he was fired from the station back in the day for stealing records.

This story is such a piece of Ye Olde Orlando Mythologie that it feels like reporting on a fairy tale, but here it goes: The story is that before the Viceland show, before Major Lazer, before the unconscious uncoupling with M.I.A., even before Hollertronix, baby Florida Man Wes Pentz was a WPRK DJ. Unfortunately, he was also a sticky-fingered little grifter who subscribed fully to the shitty DJ code of "vinyl belongs to whoever's crate it's in."

And he was too thick to realize that several current/former WPRK staffers worked at the record store where he was bragging about the ill-gotten goods, and thus promptly lost his show.

Despite the story being thrown to him dozens of times over the years, ol' Dilpo has never admitted his wrongdoing ... until now.

Two days ago, Brant threatened to eat a picture of Diplo every day until he sent the vinyl back. Here's Day 1:

In retaliation our Programming Director @SirColinBrant insisted he’d eat a picture of you everyday until you respond to us on social media or return the vinyls. Please respond before he becomes ill from ingesting all this ink and paper.
Day 1: pic.twitter.com/04F6d3q6C4

Yikes, that does not look delicious.

To everyone's shock, the dusty-upper-lipped knob-twister gave in on Day 2, with three grudging words (though nothing about restitution): "They aren't lying."

For whatever reason, Brant went ahead and ate a third photo of Dipbro. We are worried for his health. Please stop, Colin.

Thievery aside, the 2003 Hollertronix mixtape is pretty OK though.