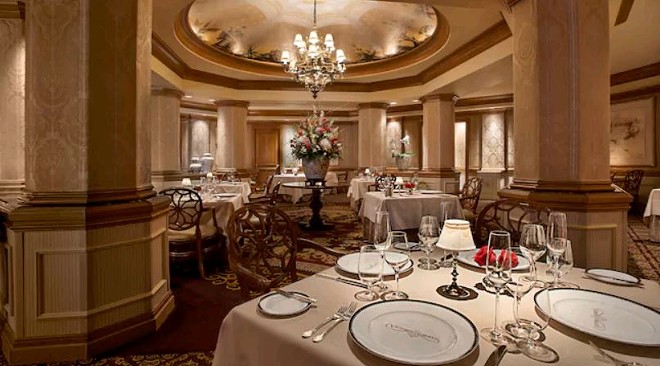 Valentine's Day is just around the corner. To start preparing, take a look at the three most romantic Orlando restaurants according to Yelp's top 100 list, a national list.

Seito Sushi Sand Lake was ranked at no. 41, the Colorado Fondue Company in Casselberry was ranked no. 44 and last, but certainly not least (especially bill-wise), Victoria & Albert's at Disney's Grand Floridian was ranked no. 94.

According to Yelp, the list was compiled based on restaurant reviews using the words "romantic," "Valentine's Day" and "date night." From there restaurants were ranked based on reviews from Yelp users.

Since the year 2000, Seito Sushi has been serving more than just their specialty sushi rolls in the Sand lake and Baldwin Park locations; the menu includes beef tenderloin bao buns and barbecue calamari for the cooked-food-only types.

You'll cook your own meals at the Colorado Fondue Company, but don't let that discourage you. This restaurant promotes the relaxing feel of the Rocky Mountains and what they call "The Great Indoors," according to their website. They offer a special couples menu on Valentine's Day – and reservations are highly recommended.

Disney World isn't short of restaurants, but there's something special about Victoria & Albert's. The elegant dining room transports guests to a different era. If you're looking for a space more private than the dining area, check out the chef's table or Queen Victoria's room.

If you won't be in Orlando this V-Day, there are other Florida restaurants that made it to Yelp's top 100. The Black Pearl in Dunedin came in at No. 6, Miami's Pane & Vino came in at No. 9 and the Collage Restaurant in St. Augustine came in at No. 13. Take a look at the full list here.