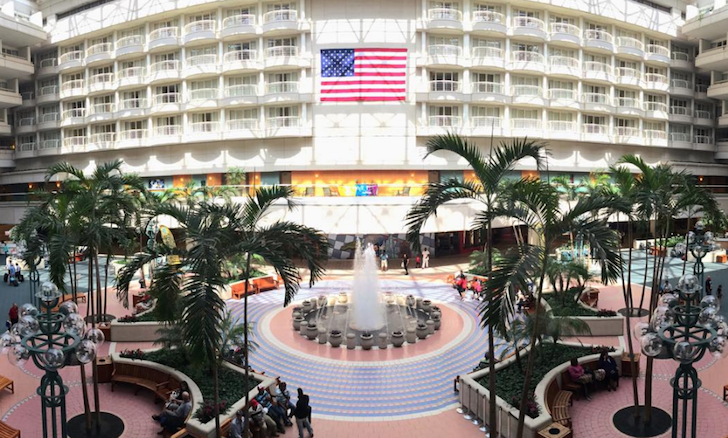 A TSA employee jumped from a balcony at the Hyatt Regency Hotel inside the Orlando International Airport atrium Saturday morning, killing himself in what officials say was an isolated incident.

"We are working an incident at the Orlando International Airport @MCO where a person jumped from the Hyatt Regency Hotel into the atrium area of the airport. This is an active and on-going investigation," the Orlando Police Department tweeted.

Hundreds of airport guests evacuated the atrium, the wide-open access area to the airport’s four main terminals, when the man, in his 40s, jumped at around 9:30 a.m. near eastern gates 70 through 129, according to witnesses and OPD.

TSA's secure area was evacuated when a crowd of panicked, unscreened guests rushed past security. The incident at Florida's busiest airport triggered a ground-stop for arriving flights and delayed some departures by up to two hours.

"We ask that you have patience with airport personnel as they work through this tragic incident" OPD tweeted.

"At the time of the incident, several passengers scattered into the sterile area unscreened. TSA will be re-screening passengers and will continue to work with the Orlando Police Department and Greater Orlando Aviation Authority to return operations to normal," the TSA said in a press release.

At 1:00 p.m., airport spokeswoman Carolyn M. Fennell said no updates on delays for gates 70 through 129 were available. “Operations at [gates 1 through 59] are normal. [Gates 70 through 129] and East checkpoint have resumed activities. Delays can be expected,” Fennell added.

This is a breaking news story. Check back here for updates.