As we head toward the second anniversary of DisneyQuest’s closure, there is hope of a new virtual reality theme park for Orlando.

Singapore-based D. Legends Holdings announced plans to bring their Legends Heroes Park concept to the United States, and one of the cities they’re interested in is Orlando.

Described as a “tech-based entertainment park that showcases virtual & augmented reality, hologram, motion tracking, projection mapping, 4D+, video arcade games, entertainment & sportainment,” the Legends Heroes Park is hits of the latest in virtual and augmented reality gaming systems with multiple attractions linked to Hollywood and Korean films, including The Mummy, John Wick and Along With the Gods. Other properties at the park include Rabbids, Payday and Ape X.

Besides VR and AR, other attractions like a 4D theater, a kids play area and a theater for hologram concerts are included. The Macau park has a K-pop attraction in the hologram theater, where guests can watch augmented reality concerts from the likes of Psy, Big Bang, 2NE1 and other K-pop groups. There is also an area where guests can take virtual photos with the K-pop celebrities and get virtual makeovers in a themed fitting room area.

However, the focus is on personal VR and AR attractions. From a four-person gyrosphere that spins guests 360 degrees to one that simulates flying with a jet pack, Legends Heroes Park is all about offering cutting-edge gaming experiences. 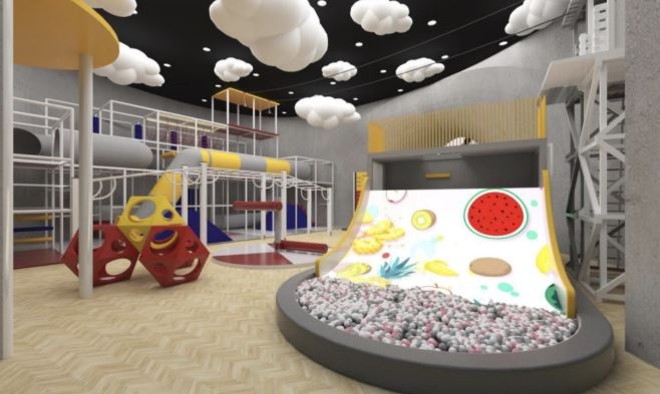 In Macau, the park is broken into six zones including specific ones for sports, kids and an arcade. The sports zone includes everything from a race car driving simulator to a curling simulator. The kids zone has a giant plush playground to explore and numerous touchscreen walls and floors. A Lifestyle Zone is home to a gift shop and a small café.

In their announcement of the U.S. expansion, Legends noted that they were looking for “30,000- to 40,000-square-foot spaces with a minimum ceiling height of 16 feet overall, with 40 percent of the space at least 32 feet high for rides.”

Despite mentioning that preferred locations would have 5 million people within 30 miles, they specifically listed Orlando. They also go on to indicate a preference for malls or other high-profile retail centers.

In recent years, multiple malls in the Orlando area have converted former big-box retail anchors into similar attractions, including The Crayola Experience at the Florida Mall and the Via Entertainment center in the Lake Square Mall. Though not all malls have had success with such anchors – the struggling Fashion Square saw its bowling and entertainment center, StrikeOuts, close after three years.

It’s unclear where in Orlando Legends may be looking, but other major indoor attractions, such as Andretti’s and Dave and Buster’s, are proving successful in the tourism corridor. Also, nearly all of the area malls have empty spaces that meet the preferred dimensions.