Florida Rep. Anthony Sabatini also wore blackface, and he has yet to resign 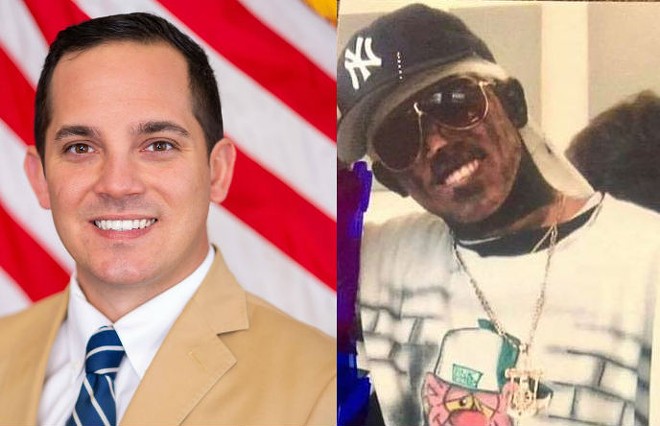 Last week, Florida Secretary of State Michael Ertel resigned from office after photos surfaced of him wearing blackface and mocking Hurricane Katrina survivors. This happened just a few days before photos of Virginia Gov. Ralph Northam appeared showing him in blackface next to a guy in a Ku Klux Klan outfit in his medical school yearbook.

Obviously, Ertel did the right thing in the end, and Northam should resign immediately.

But while this past week's headlines have absolutely skewered Ertel and Northam, Florida still has an elected official who wore blackface and has yet to resign.

Anthony Sabatini, a 30-year-old Florida state representative and former city commissioner, also has a damning blackface photo on his record. While a sophomore at Eustis High School, the current Howey-in-the-Hills Republican dressed up as one of his African American friend, complete with blackface, do-rag and gold chains.

"When we were 15, 16, sophomore year, it was OK to joke around like that. It’s changed, OK? There is definitely a different standard. I get it," said Sabatini to the Orlando Sentinel back in October, when the photos first surfaced.

Amazingly, Sabatini never stepped down because, well, essentially his black friend said it was cool. This is just a plain awful excuse because at its core, its saying some types of blackface are fine, and some aren't. Sabatini basically just created a sliding scale of racism.

Regardless of who says it's OK, blackface is not OK. You've probably read enough takes on blackface this week, but one point that's often missed is that not only was it designed to make African Americans look dumb in late 19th century minstrel shows, it is so deeply rooted in American racism that the term "Jim Crow" actually comes from an 1832 blackface minstrel song by Thomas D. Rice.

But this isn't an isolated incident for Sabatini.

According to the Daily Commercial, the freshman representative also "liked" a Facebook post showing two apes and Charlton Heston in a clip from the movie Planet of the Apes, with the caption reading: 'Valerie Jarrett flanked by some NRA guy and a Muslim Brotherhood grand poobah....'"  This incident occurred in June of 2018, when Lake County Republican Committeeman Ralph Smith decided to defend Roseanne Barr's incredibly racist tweet comparing former Obama aide Valerie Jarret to an ape.

Plus, when Sabatini was a City Commissioner in Lake County, he famously called for the country to relocate all the removed Confederate statues to the City of Eustis, to which the city then had to issue a statement saying Sabatini's horrible ideas, "do not represent the Commission as a whole" and it "has taken no formal action regarding Confederate statues."

Yesterday, Brown wrote directly to Florida Gov. Ron DeSantis in an official statement, asking him to demand Sabatini's resignation. "In late January, Florida Governor DeSantis did the right thing to accept the resignation of Secretary of State Mike Ertel once his blackface photos surfaced. Today, the leaders of the Democratic party, including the two Democratic Senators of the state, are asking Democratic Governor Ralph Northam of Virginia to resign for similar blackface photos," said Brown. "This behavior is mean, cruel, and unacceptable for anyone — especially an elected official. Accordingly, I would urge Governor DeSantis and all state elected officials to ask for the resignation of Florida State Representative Anthony Sabatini who has also appeared in blackface. Floridians need to know that our elected leaders will not accept this behavior and will stand consistently in opposing racism."

The thing about a politician wearing blackface (or using the N-word, or hanging out with neo-Nazis, or screaming about Muslims, etc.) is that it automatically disqualifies you from representing your constituents. You can't be expected to adequately and professionally serve a diverse population that you respect so little.

UPDATE: The Florida Democratic Party released a statement Tuesday evening calling for Sabatini to resign. "Governor DeSantis did the right thing in accepting Michael Ertel's resignation - and he and Leader Jose Oliva should do the right thing and ask for the resignation of Rep. Anthony Sabatini. In calling out racist behavior Florida Democrats and Republicans should stand united," reads the statement.