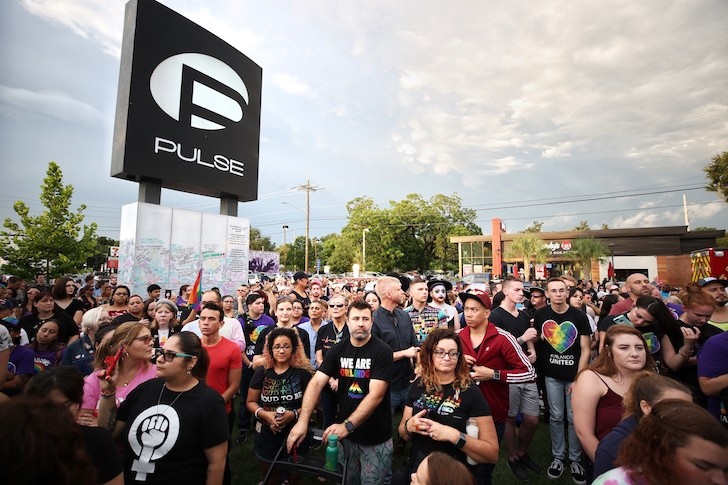 The Pulse memorial will be holding a remembrance vigil on Feb. 14 to honor the 17 students and teachers killed by a gunman at a Parkland high school one year ago.

Two weeks after the nation was captivated by the mass shooting at Marjory Stoneman Douglas High School on Feb. 14, 2018, Parkland survivors and parents came to Orlando to pay tribute to the 49 victims of the 2016 massacre at the gay nightclub Pulse.

Starting on Feb. 7, the onePULSE Foundation will hang a banner at the memorial so the public can leave messages of "love, hope and support" for the Parkland community, the organization says in a news release.

The foundation will be honoring the lives of the Parkland victims and survivors with a ceremony at the interim memorial at 1912 S. Orange Ave. next Thursday, Feb. 14, at 2:15 p.m. The vigil will include a reading of the 17 victims' names as well as a moment of silence at 2:21 p.m., which is the time the Parkland shooting began.

The organization also plans to tie 17 ribbons – one for each Parkland victim – on trees at the Pulse memorial. The ribbons will each bear the name of one of the victims, and will be colored silver and burgundy in honor of Stoneman Douglas' school colors.

The First United Methodist Church of Orlando will toll the bells 17 times during the ceremony to honor the 17 lives taken. Local officials, including Orlando Mayor Buddy Dyer and onePULSE executive director Barbara Poma, will also be present.