Florida will seek the death penalty for Zephen Xaver, a 21-year-old man accused of shooting and killing five women at a Sebring bank in January. 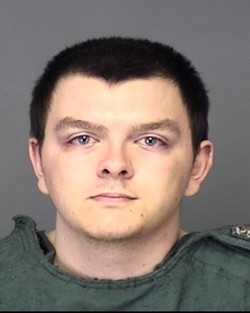 Law enforcement officials accuse Xaver of entering a SunTrust Bank in Sebring around 12:30 p.m. on Jan. 23. The armed suspect then executed the five women with shots to the back of the head and upper torso, according to an arrest affidavit.

After gunning down the women, Xaver then allegedly called 911 and told emergency dispatchers that he had shot up the bank and was armed with a handgun and bulletproof vest. After finding the bank's doors locked, Sebring Police attempted to negotiate with the suspect, but after about an hour, a SWAT team used an armored vehicle to breach the entrance and arrest Xaver.

State Attorney Brian Haas announces that he will seek the death penalty against Zephen Xaver, who was indicted by a Highlands Grand Jury today on five counts of first-degree murder for killing five people at the SunTrust Bank in Sebring on January 23, 2019. pic.twitter.com/JtI9P11qX6


"This indictment is an important early step in what will likely be a very long process in the criminal justice system," Haas says. "My prosecutors and I are committed to devoting all necessary resources to bring justice for the victims and their families."